‘Having had such a difficult time in my teen years, I developed The GEMINI Academy to be a place where girls feel valued for who they are,’ said Meaghan Dietrich
May 18, 2020 1:30 PM By: Natasha McKenty 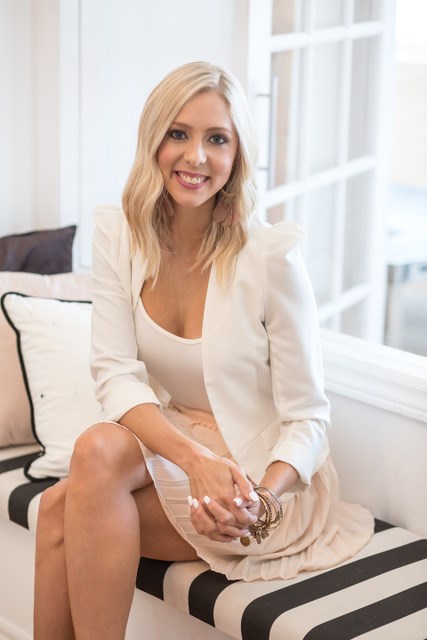 Training to be a professional ballerina would instill valuable life skills - dedication, passion, courage, and self-discipline. Not all of the learned behaviours would be healthy, though. Meaghan Dietrich says she was also subject to some of the unhealthy undertones of ballerinas in the 1990s. “Everyone was so thin and aesthetically perfect. Our teachers trained us hard and were very strict. Words of encouragement weren’t often used. Instead you were told to work harder, do it again, but better or you were just overlooked.”

Dietrich, now the President & CEO of GEMINI Models (GM) says, to some, “the idea of a Modelling Agency that values people for who they are is laughable, but that was the old way of thinking.” Under her direction, the introduction of THRIVE would see the inclusion of mental health inspired programming for young girls, with a focus on positive-self image.

“When I was 12, I moved away from my home. I was accepted to Canada’s National Ballet School in Toronto. I would go to school four hours a day and then dance the rest of the day. In the summer, I attended a summer dance program.”

She remembers compulsively comparing herself to others. “I was very hard on myself and my self-esteem was very low,” said Dietrich. In high school, this would manifest into an eating disorder. She describes dark thoughts that left her feeling worthless, alone and tired. So tired, she lost her drive to try. She was able to climb out of this darkness with the help of family, a counsellor and medication. “I made my way back to the light.”

She says the illness she faced in her youth created the compassion and motivation she feels today - to help young girls face the harshest years of their lives. “I am grateful for my experiences because I truly believe they gave me tools that I can use in my current business to help others,” she said.

“I have had many conversations with professional athletes and models who developed unhealthy coping strategies during their training or careers.”

THRIVE launched in September of 2019. A few short months later, the COVID-19 crisis forced their closure. The idea of leaving the girls before the end of the program; inconceivable – she converted the classes to an online format. “During times of crisis, it is important to see familiar faces and have something to look forward to,” she said.

Dietrich says in the late 90’s and early 2000’s, the industry was still calling for models to be 5’9” and a size zero. “Not many women develop into these measurements, (most are size 4-8), so we're developing unhealthy strategies to reach these requirements. Models were, and in the competitive markets, are still told they need to be a specific size. This is the reality of the industry.”

Her goal with the Academy is to empower girls to accept and love themselves. Recognizing the challenges girls face growing up in a world of social media and high expectations, she hopes GEMINI will be a place where they can see their beauty, learn their strengths, and feel accepted.

“Our post pandemic world will look different, but I am looking forward to adapting to our new way of life.” Dietrich plans to run summer camps, when restrictions allow. Find out more at www.thegeminiacademy.com