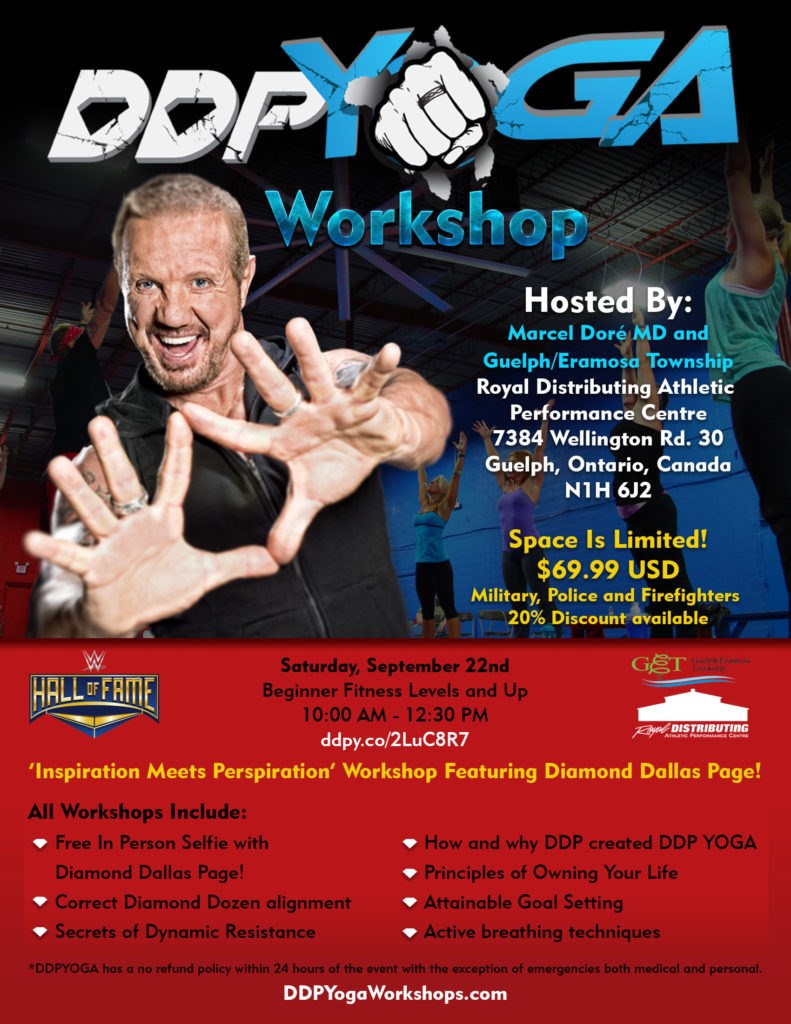 If you're looking for a workout and the chance to meet a WWE Hall of Famer, Guelph is the place to be today.

Diamond Dallas Page is hosting a special workshop at the Royal Distributing Athletic Performance Centre from 10:00 a.m. to 12:30 p.m.

In what he calls "Inspiration Meets Perspiration," DDP says those who join in will come away with two things.

"They're going to be so pumped up, they're going to feel like they can run through a brick wall," he said, "That's part of my whole inspirational talk that I do."

In the end, he says the biggest story he will get people to understand is "you really control" your life.

"In a world where we don't control so many things, in our personal lives, our professional lives, each and every one of us are constantly hit with one adversity after another," he said.

"But the one thing we control is our mind set, that story we tell ourselves."

It's all part of his DDP Yoga program, but he's branding it "DDPY" because it is much more than just yoga.

"It's so not yoga, in the sense of what everyone thinks yoga is," he said, "DDPY is more yoga positions, meets rehabilitation techniques meets old school calisthenics and something I call dynamic resistance."

Spots are still available, but said to be limited.

And you're asked to bring a yoga mat and a water bottle.