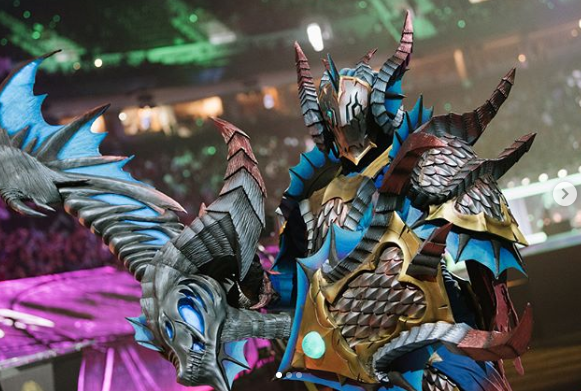 eSports are rapidly growing in popularity, and proof of that could be seen in Vancouver this week.

For the first time ever, The InternationalDota 2 Championships (also known as "TI") were held in Canada and there is a lot of cash being dished out for the winners Saturday.

In its 8th year, fans have packed the Rogers Arena in Vancouver on August 20-25th with two Canadians, Arteezy and EternaLEnVy, in the spotlight.

At 5 p.m. ET on Saturday, millions will tune in to the TI 8 Grand Finals.

For those who aren't familiar with it, Dota 2 is a five-on-five battle arena style video game developed by Valve Corporation.

Over the past month alone, 10 million unique players have checked it out.

Seven years ago, the first tournament was held in Germany with a prize pool of $1.6 million.

Today, the first place team gets $11 million with a total prize pool of over $25 million.

If you're looking to jump on the eSports bandwagon, the closest official viewing party is being held at the Squire Pub and Grill, located in Dundas, London at Saturday, 3 p.m.

If you're watching at home with friends, you can find a link to the official stream here.