Puslinch restaurant calling on community to help it stay afloat 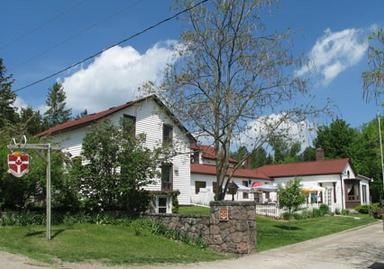 Many restaurants are struggling to stay afloat during the pandemic, that includes an authentic Danish restaurant, run by Sunset Villa.

It's a Danish-Canadian Association that holds all kinds of events and celebrations, but its main attraction is its restaurant - The Danish Place.

Before the pandemic started, The Danish Place invested significant funds towards a revitalization that was supposed to be revealed in March.

But that never happened.

"The restaurant has had to bear the weight of paying overhead and leaseholds for five months now with zero revenue coming in," he said.

"Sadly, the majority of their profit revenue comes from the functions that we hold out there with our members."

The fundraiser --- which has a goal of $150,000 --- has gained a lot of traction with donations coming in from Danish groups all over the world.

"There is a real sense of not only local but national and broader community of Danes that are trying to help us preserve this sort of last stand of authentic danish food in our area," Skovsgaard says, adding the support so far has been astounding.

"When we first set this bar, we all perceived this to be a pie in the sky dream, and it was a very big number," he noted.

"But we didn't really have another choice.  It was dream big, or die."

They are hoping to get to their goal by June 1.