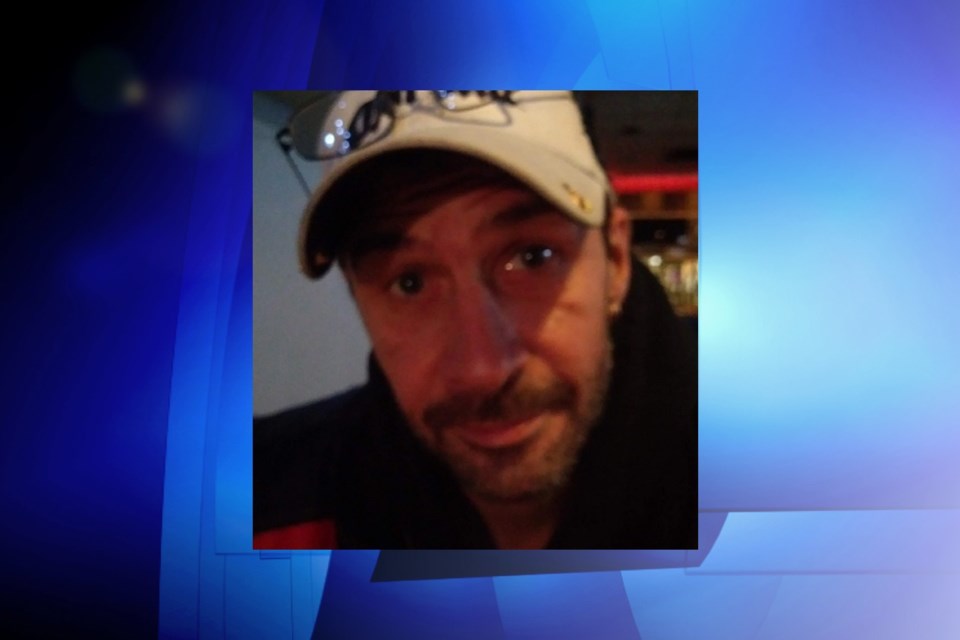 47-year-old John Gregory Black of Paris (OPP)
Provincial police in Brant County are asking for our help with tracking down a missing man.

They say John Gregory Black of Paris was reported missing on Wednesday, as he was last seen in the Grand River Street South area on August 6.

He was last seen wearing beige shorts, a baseball hat, a white shirt, and was carrying a black backpack. He also had a red and white bicycle with him.

Police and family are concerned for his well-being. Anyone with information is urged to contact them.