Norfolk resident denies medical treatment after being struck by lightning

The incident occurred during a thunderstorm in St. Williams on Saturday morning
Jul 13, 2020 8:00 AM By: Maddie Demarte 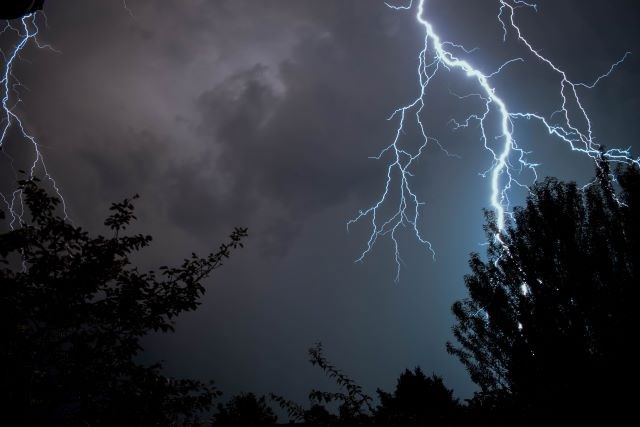 A word of warning coming from Norfolk County OPP following a dangerous incident over the weekend.

Provincial police say paramedics responded to a St. Williams home on Saturday morning, where a 49-year-old had been struck by lightning.

When officers and medics arrived, the person refused any treatment for their injuries.

Police are reminding the public, there is no safe spot to be outside during a storm - if you can hear thunder, you are within striking distance of lightning.

Officials recommend going to a well-constructed building or a fully-enclosed metal top vehicle.

Do not run under a tree or a shelter that isn't grounded such as, a covered picnic shelter, carport, tent, baseball dugout, as well as other non-metal buildings like sheds and greenhouses.

If you are caught out in the open while lightning is occurring, remember that lightning usually strikes higher ground and elevated objects.

You are encouraged to take shelter in low-lying areas such as valleys or ditches but watch for flooding.

Anna Mae's Restaurant and Bakery shut down after employee tests positive for COVID-19
Aug 5, 2020 7:29 AM

Taste Real programme launches Taste Real Summer Challenge
Aug 3, 2020 7:30 AM
Comments
We welcome your feedback and encourage you to share your thoughts. We ask that you be respectful of others and their points of view, refrain from personal attacks and stay on topic. To learn about our commenting policies and how we moderate, please read our Community Guidelines.