Mustang Drive-In opens this weekend, but owner upset about restrictions

Older movies, capacity cut in half and no concessions when the drive-in re-opens on Friday
Jun 2, 2020 2:03 PM By: Anam Khan 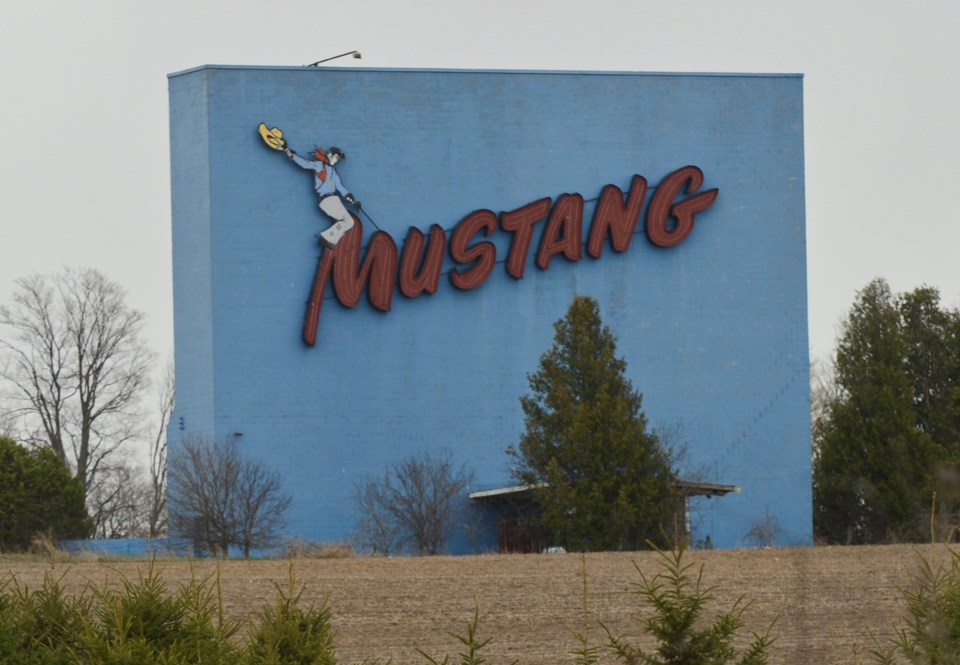 The owner of Mustang Drive-In says the opening of his theatre comes with some excitement but a lot of disappointment.

The theatre is scheduled to open at 7 p.m. Friday after being shut down for months as part of the provincial mandate to close theatres during the lockdown.

“The excitement is that it’s close to three months that we’ve been shut down,” says John D'Addetta, however, he says the disappointment is a result of the excessive rules and regulations he’s required to comply with in order for his business to run.

“Some are understandable and some don’t make any sense what so ever.”

“All drive-in theatres depend on concession sales. That’s the only thing that keeps it alive because most of the money from the admission goes into the film distributors,” says D'Addetta.

He says because the theatre is now going to operate in half the capacity it usually does with no concession sales, it is going to be tough.

He also says if retail and grocery stores that operate in the same sense — where a customer walks in and purchases food — are allowed to stay open, why can’t drive-in theatres do the same thing especially if that is their primary way of making money.

“It’s not like they have to wait and dine in there. It’s just going in, picking up your popcorn and going back out. What’s the difference between any other retail outlet that’s selling food or restaurant pick up or anything,” says D'Addetta.

“If one person can do it, why can’t another?” says D’Addetta “Why can’t we do it as a drive-in theatre? It doesn’t make any sense.”

The theatre will be showing the 2020 comedy animation movie Trolls World Tour and 1985 sci-fi comedy Back to the Future.

“We can’t show any new movies because they’ve all been taken off the shelf. So now we have to resort to showing some older movies,” says D'Addetta.

“Who knows how popular they’re going to be. Most of them are on TV and Netflix.”

D'Addetta says the new provincial guidelines that require theatre-goers to stay in their cars at all times (which means no convertibles, open hatchbacks or people sitting in the back of a pickup truck) make his customers unnecessarily confined to their cars.

“I’ve got my customers now that are totally furious,” says D'Addetta.

“I can understand whats going on. But if you’re allowing people to stay in a park six or 10 feet apart, why can’t the same thing apply to a drive-in theatre.”

“They don’t want anybody getting out of their car except for an emergency washroom,” says D'Addetta adding that he will allow only two or three customers into the 11 stall washroom at a time.

“Let’s hope these rules and regulations are lifted soon. Because really, if we have to operate without concession, its really the concession that keeps the drive-in alive,” says D'Addetta

“Without the concession, we might as well shut the theatre down for good.”

Stratford residents raise concern over proposed float glass factory, environmental impact
Nov 25, 2020 6:00 AM
Comments
We welcome your feedback and encourage you to share your thoughts. We ask that you be respectful of others and their points of view, refrain from personal attacks and stay on topic. To learn about our commenting policies and how we moderate, please read our Community Guidelines.

About the Author: Anam Khan

Anam Khan is a journalist who covers numerous beats in Guelph and Wellington County that include politics, crime, features, environment and social justice
Read more