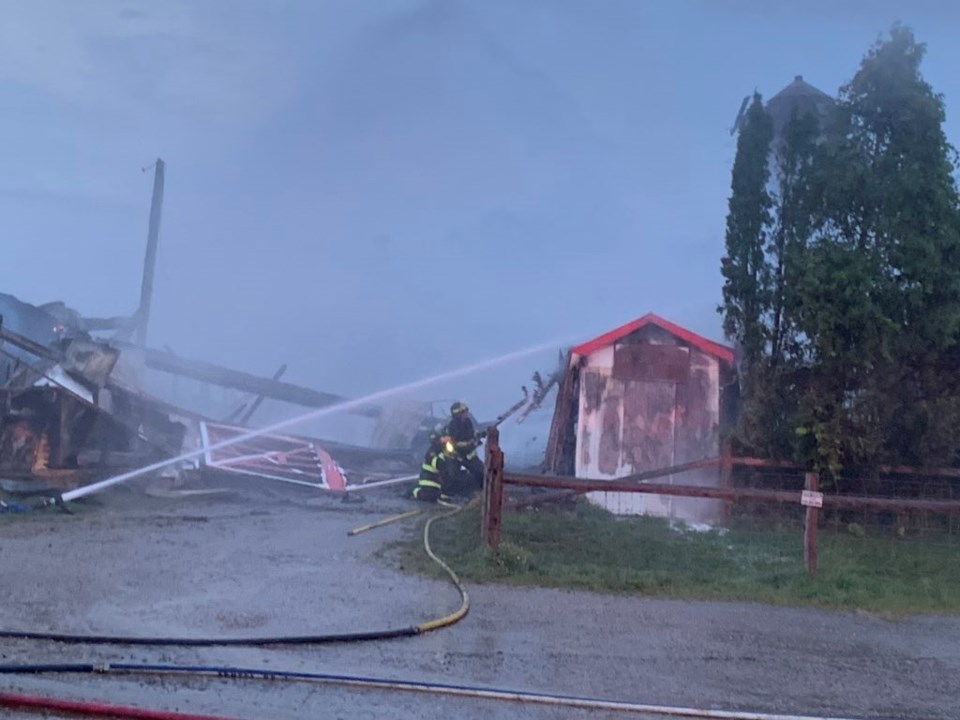 The investigation continues after a massive structure fire at the Woodstock Fairgrounds.

Fire crews were called shortly before 7:00 p.m. Tuesday to a barn engulfed in flames.

That historic barn was destroyed with damage also done to surrounding buildings.

The fire marks a major blow to The Woodstock Agricultural Society.

The Ontario Fire Marshal has been called into investigate both fires.

Firefighters are fighting a large fire at Woodstock Fairgrounds. Please give all emergency responders room to work and avoid the area. pic.twitter.com/436kkxHo4K