An extensive search was organized Sunday evening after police received word that the pair had not returned from an afternoon hike at Rattlesnake Point
Feb 10, 2020 10:50 AM By: Canadian Press 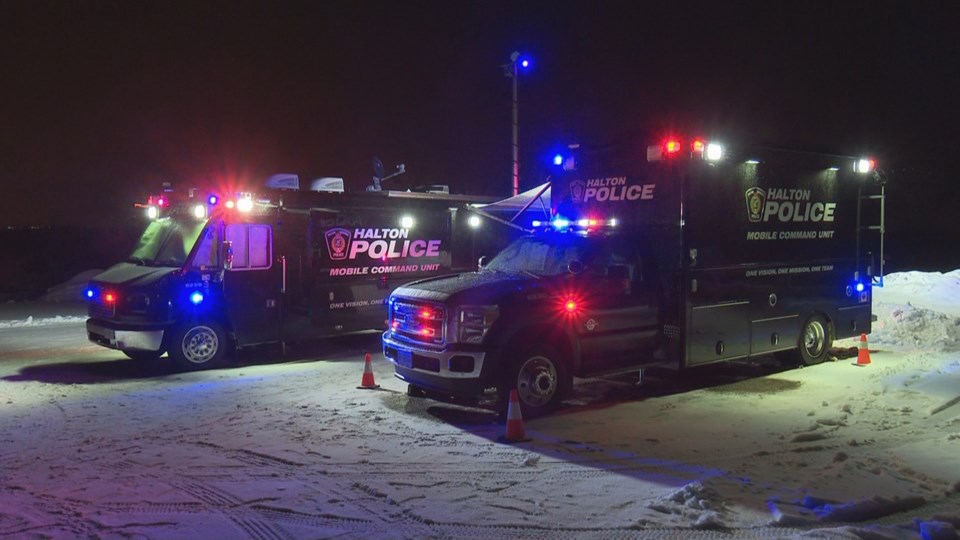 Halton police at the Rattlesnake Point Conservation Area where a missing father and daughter have been found dead, Feb. 9, 2020. CITYNEWS/Dave Ritchie

The bodies of a man and his four-year-old daughter were found at the base of an escarpment in southwestern Ontario and showed injuries "consistent with a fall," police said Monday.

Halton regional police said the father and daughter, whose identities were not released, had gone for a hike at Rattlesnake Point Conservation Area in Milton, Ont., around 2:30 p.m. Sunday.

The deaths are not considered homicides "at this point," he said.

Police initiated a massive search for the pair after being called around 7:30 p.m. Sunday, Anderson said.

He said police were concerned due to the weather, the time of day, the difficult terrain and a large search area.

A mix of rain and snow blanketed the region Sunday.

Halton's homicide squad has taken over the investigation, but Anderson said the unit probes every death of a child under five years old.

He said the bodies were removed by Milton firefighters early Monday morning.