Guelph Police fly flag at half mast for former member 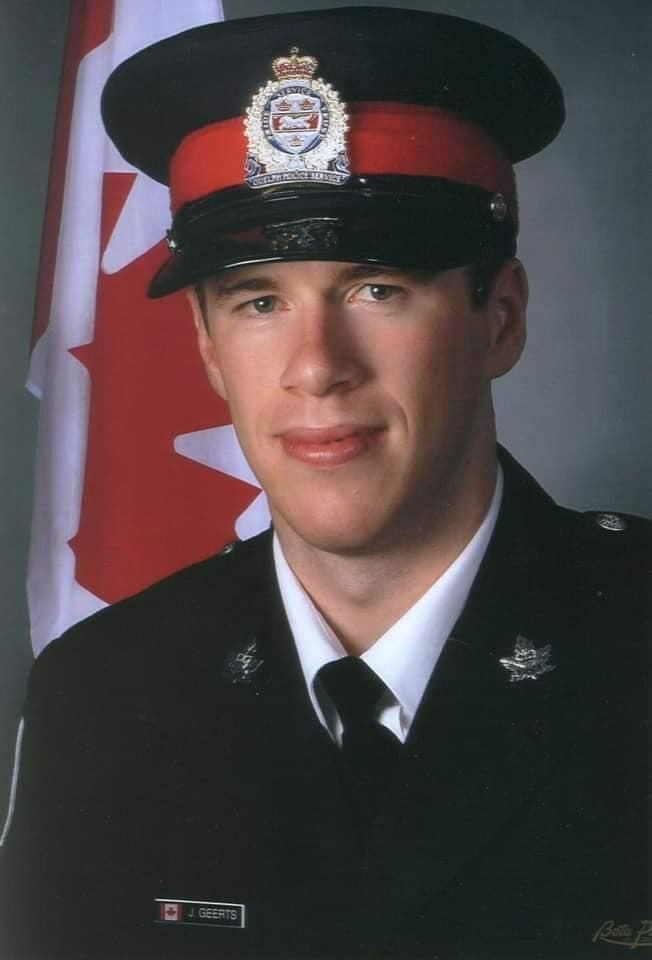 Guelph Police are flying their flags at half mast to honor a past member who has died of ALS.

Geerts was 35 years old at the time of his death, and a father to two boys.

He joined the Guelph Police Service in 2008 and worked there for seven years.

Geerts was also a member of the Canadian Forces Naval Reserve for 12 years, before retiring in 2014.

He was diagnosed with ALS in 2016, shortly after being promoted to Detective at the Woodstock Police Service.

ALS (also known as Lou Gehrig's disease) is a degenerative disease that affects the brain.

On behalf of @WRPSToday, extending our condolences on the passing of Constable Geerts after a valiant battle with ALS. Fond memories of his smile, laughter & pride of serving as a police officer. Thoughts with his family. https://t.co/NB7Ar8dL7U