After waiting two months for a response, the owner of Sweet! Candy Ice Cream said his application was denied on Friday due to a typo
Mar 30, 2021 4:36 PM By: Divya Gill 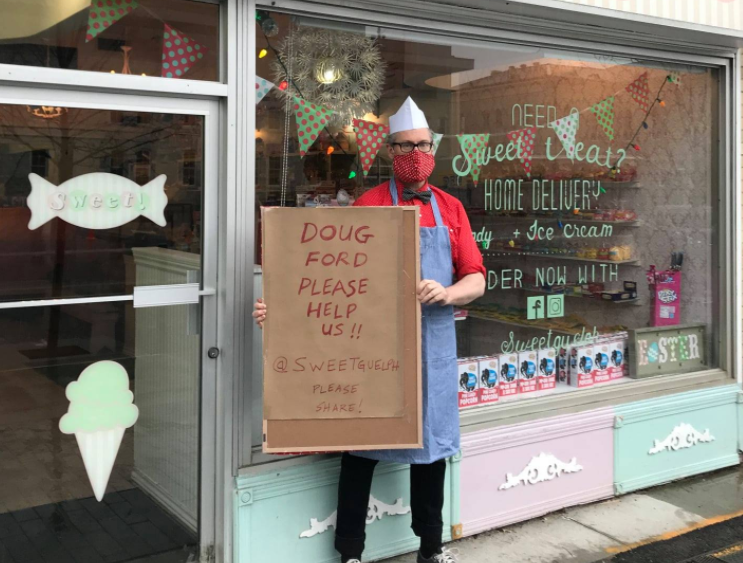 The pandemic continues to put a strain on small businesses.

A Guelph business owner recently took to social media to share his application for financial assistance from the government, which, he said, had been denied due to a typo on the form.

Sweet! Candy Ice Cream owner Bryan Munn says, "this grant is for the businesses with the loss of income or more from the shutdown. I definitely had more than 20%, even up to 100% losses in a month." He adds, after waiting two months for a response, he would call the helpline, and "somebody would say they are working on it." Then on Friday, he was checking his application process, and it had said denied.

"A simple mistake on our application form made us not eligible unfairly," said Munn in a Facebook post.

"The government just announced that they are starting some more funding in the last budget and that I'll be ineligible for the new round of funding if I wasn't qualified for this round of funding. I was really frustrated and upset," said Munn.

Munn said he begged the province for help, with the support from the community.

"We are very grateful for all the support from the community so far," Munn said. "People have been coming into the shop, sharing our message. Hopefully, other people facing the same situation can get hope and help the same way we have."

The shop owner's story got the attention of Guelph Mayor Cam Guthrie. Guthrie helped Munn get in contact with the Minister of Small Business and Red Tape Elimination, Prabmeet Sarkaria. Munn says the ministry has promised a review of his application.

Now there is light at the end of the tunnel as Munn looks to be on the way to being approved for the grant.