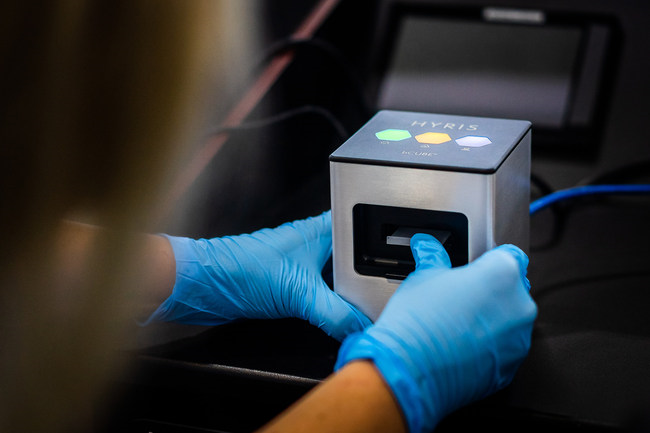 It's described as a portable DNA-testing laboratory in a box.

"So it's a small, Kleenex-sized box that can take all the functionality of a large, genomic DNA laboratory and move it into a box that can put anywhere you need to do testing," said Songbird Life Science Director Dave Bullock.

The company says the bCUBE can be controlled by anything with an internet connection, including a smartphone, and sends data to a cloud-based platfrom where it's analysed and results are returned in around 90 minutes.

Bullock said those include critical infrastructure, "So you can think about things like oil and gas, airports, food processing, power generation, the military, all of those really require on-site testing where it doesn't necessarily work for them to bump people out to the public health system."

The company said it would also focus on remote sites and communities where it isn't practical to bring full public health testing.

Another critical factor for the testing device is that the company says the results are 95 per cent accurate.

"There are a lot of really rapid, really quick testing technologies that are starting to emerge that simply don't have that level of accuracy," said Bullock. "And if we can't have a 95 per cent or greater level of confidence and accuracy, it doesn't mean much for the testing."

"So accuracy is just as important as speed in this case."