Five tornadoes touched down on July 19 in surrounding areas

Researchers say five tornadoes touched down in Belmont, Lucan, Beachville, Gads Hill and Blyth, all on the same day
Jul 23, 2020 6:00 AM By: Aastha Shetty 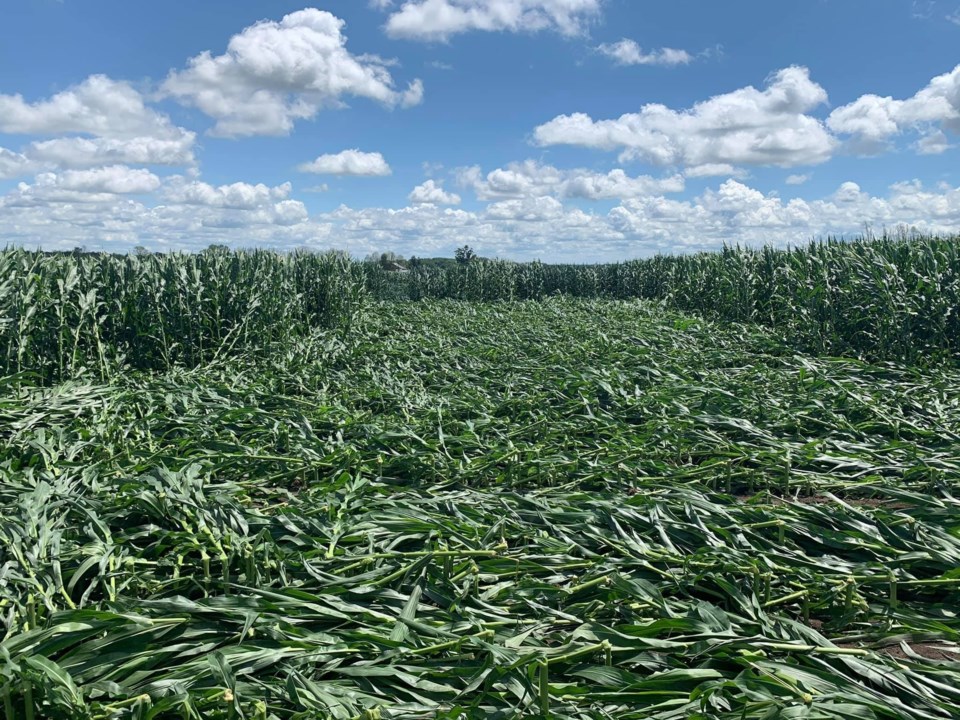 Picture of damage in the Blyth area, where one of the five tornadoes touched down on July 19th. Photo courtesy of @westernuNTP on Twitter.

Researchers say five tornadoes had landed in surrounding areas earlier this week, and they say the wacky weather is not unusual.

Dr. David Sills is the executive director of the Northern Tornadoes Project at Western University. He says the five tornadoes touched down in nearby areas on July 19.

"The list is Belmont, Lucan, Beachville, Gads Hill and Blyth. The water spout that was confirmed was over the Southern part of Lake Huron."

He says there was some damage caused as a result of the tornadoes.

"Most of the damage was to farms and to trees. There were a couple barns in large sheds that were blown over or blown down. Some green bins that were toppled."

Dr. Sills says these storms come around at least twice a year.

"We had one storm come through on June 10th that produced a number of tornadoes again, a big line of storms. Part of the course in southern Ontario is getting these big lines of storms come through. The difference is that we've got a project now dedicated to tracking down the tornadoes occurring with these things. So that's why we're seeing the higher numbers."

He says the team watching the storms is unique in the world and made of meteorologists and wind engineers.

"That's what makes the project unique pretty much in the world is that there's this combined expertise of meteorology and wind engineering that's going after tornadoes across the country. So we've got professors, grad students, their input and from the community as well, citizen science. It's really a community project to find all these tornadoes."

Tomorrow morning the team will investigate damage in the Thedford area. #onstorm pic.twitter.com/7hTe13j57D