With the province halting first doses of the AstraZeneca COVID-19 vaccine, those who were first to get the shot in mid-March are now set to be offered a second dose
May 26, 2021 5:41 PM By: Casey Taylor 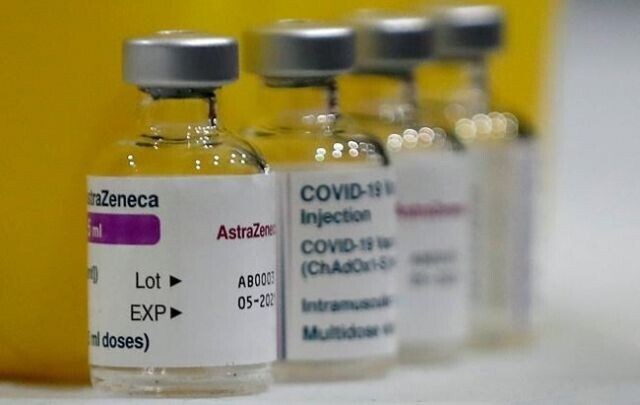 With the provincial decision to stop first doses of the drug it now offers the ability to start moving up second doses for those who still want one.

That means Ontarians who received their first dose in mid-March are now eligible to book a second dose, roughly two weeks earlier than the original 12-week interval.

"I don't think anyone wants any vaccine doses to go to waste," said Dr. Matthew Tenenbaum, Associate Medical Officer of Health, Wellington-Dufferin-Guelph Public Health. "Vaccines have been the most important new intervention we've had in the pandemic this Spring, we know how effective all the vaccines are and it would really be a shame for even a single dose to go to waste."

Ontario chose to stop using the AstraZeneca vaccine for first doses after the frequency of a rare but potentially fatal blood clotting disorder linked to the drug was found to be happening more frequently than first thought.

That said, when it comes to second doses, most recent data suggests the risk is much lower.

"We're looking at a risk, based upon current data, of about 1 in 600,000 of someone getting this complication with a second dose, but it is something we're watching as our understanding further evolves," said Tenenbaum.

Dr. Tenenbaum says because the risk is still there though, it's understandable some may be more hesitant to get a second dose than they were a first.

"We want to make sure people have the information they need to make an informed choice for themselves and understand the risks and benefits of a given vaccine," he said. "But our main message continues to be, when you're offered a vaccine, it's worth taking it because all the ones that we're offering right now are considered safe and all the ones we're offering right now are all incredibly effective."

As for those of us who have had first doses of the Moderna or Pfizer mRNA vaccines, Tanenbaum says he expects those people may also see their second dose appointments on the move relatively soon.

"I think it is reasonable to expect that we'll be able to move that second dose up beyond the four months," said Tanenbaum. "Way back in the Winter when NACI, the federal advisory committee, recommended waiting up to four months, that was in the context of having a scarce supply of vaccines and their recommendation was to giver first doses fast to make the best use of that limited supply and allow more people to benefit."

"Now that we have a lot more people immunized, we have fewer people who are still waiting on that first dose, and we also have many more doses coming in per week, I think that we're going to have the supply available to begin offering second doses more broadly and that changes the context," Tanenbaum said. "It's no longer that context of scarcity it's about  a relative abundance compared to what we had this Winter."