Chamber CEO said break deserved for first to step up and shift operations throughout pandemic
Oct 27, 2020 4:26 PM By: Luke Schulz 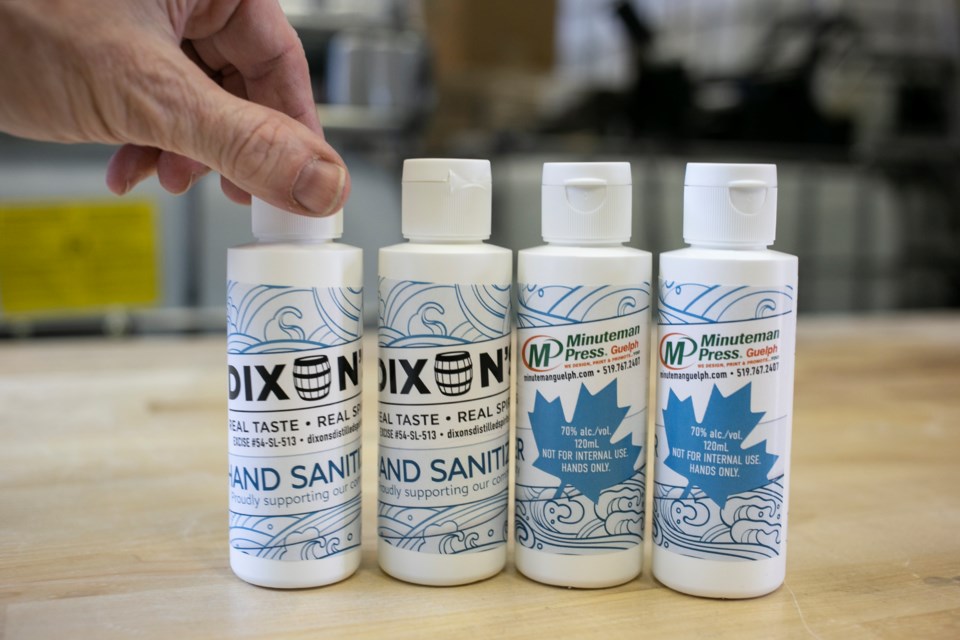 In response to distilleries stepping up to make sanitizer in the early and ongoing stages of the pandemic, Guelph Chamber of Commerce CEO Shakiba Shayani is looking to provide a small bit of relief for those in the spirits industry.

In a letter to Guelph MP Lloyd Longfield sent earlier in October, Shayani is asking the federal government to forego a planned excise duty tax increase for local distilleries planned for April 1st. Saying that the increase “timing could not be worse”, Shayani said that the distilleries affected already operate in a highly taxed, regulated environment which affects capacity and competitiveness – and that those businesses affected by the tax increase were among the first to step up and shift operations to support frontline workers and citizens through the beginning and all stages of the pandemic.

Co-owner of Dixon’s Distilled Spirits Vicky Dixon was a recent guest on the Mike Farwell Show on 570 NEWS and spoke to the experience in transitioning operations to meet the dire need for sanitizer products. She said she and her staff didn’t have the time to be stressed with the onset of the pandemic – instead choosing to jump headfirst into helping those in need as quickly as possible.

“It wasn’t too hard – I mean, we make ethanol already anyway… a friend of ours, Scott Weese who works at the University helped us get the formulas right. It maybe took a week for us to get on – we worked long, long days though to get stuff ready… thousands and thousands of litres.”

Dixon said the initiative originally started in trying to provide for a local EMT and doctor’s plaza and evolved from there. After starting the process in April, Dixon’s Distilled Spirits continues to make hand sanitizer alongside their regular products, providing the much-needed material to several hospitals as well as first responders.

When asked about the proposed tax break, Dixon said that the spirits industry is often left out of conversations regarding taxation, particularly at the provincial level. The “escalator tax”, she said, is only around seven or eight cents a bottle.

“That’s the federal tax (…) that’s fairly new. Actually, it’s only about seven or eight cents a bottle. It’s not that big of a deal to me, but of course every little bit helps. The Ontario tax is still much worse.” said Dixon. “If a bottle goes up seven cents from Federal excise tax, that actually adds eighteen cents after the 61.5% mark-up from Ontario tax.”

Dixon said support on the provincial level is an ongoing conversation, as her perception is that Ontario is interested in “beer, wine and cider’ with spirits left behind. She said the Ontario Craft Distilling Association has tried to reach out, as well as individual distillers, without much luck. Dixon said that her staff are up to the challenges of the industry, though she admits that it’s a tough market to contend with the LCBO and major spirits producers.

Even with those challenges, Dixon said that her distillery has been incredibly busy between producing spirits and sanitizer – hiring an extra handful of staff specifically for the sanitizer side of the business. She said store sales have increased 450% from March to June, with regulars still ordering on a weekly basis.

Dixon said that she’s appreciative of the Chamber of Commerce’s willingness to step up, though she admits that the excise tax break isn’t necessarily something that she’s been asking for. Speaking on the idea of a federal tax break, or some form of graduated tax for craft distilleries, she said a break in that form could mean the creation of more jobs and a huge relief for the industry.

“Everything is more expensive when you’re smaller – you’re not ordering truckloads of bottles, you’re ordering a skid at a time and everything costs more (…) you still pay the same amount of tax on your first bottle as Smirnoff pays on their ten-millionth bottle…”