The union says Bill 195 jeopardizes the rights of front-line workers, grants unprecedented power to province
Sep 16, 2020 7:14 AM By: Luke Schulz 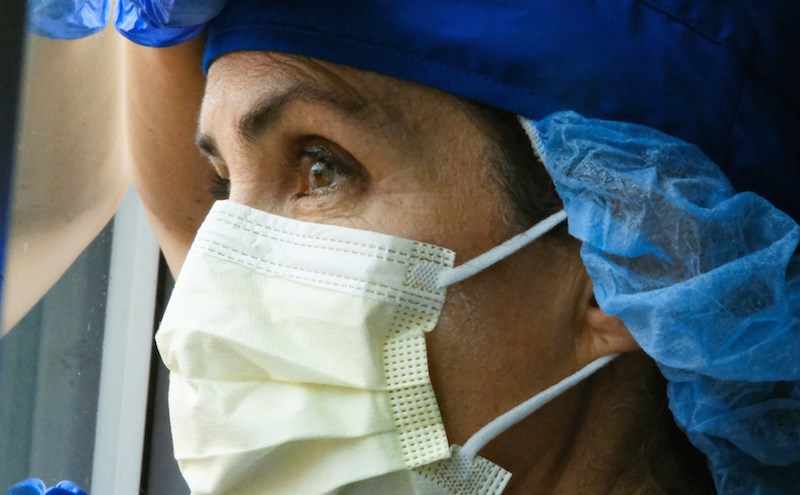 CUPE Ontario will be mobilizing with the Ontario Council of Hospital Unions to restore their workers rights, with a stop in Fergus on Tuesday.

Protestors are scheduled to begin their demonstration at 11:00AM outside the constituency office of MPP Ted Arnott – as part of a series of “Restore Our Rights” protests held in front of Tory MPP offices across Ontario.

Fred Hahn is the President of CUPE Ontario and has been regularly attending the group’s protest rallies to support his membership.

He says the union group takes issue with Bill 195 – Ontario’s Reopening Bill – that was fast-tracked through legislature in early July.

The bill, which Ford called “one of the single most important pieces of legislation to protect the people of Ontario” allows the government to extend or amend emergency orders a month at a time, for up to two years – without being brought to Queen’s Park for debate.

“Nobody was happy to have those collective agreement rights suspended – but in April at the height of this, our members understood the need for urgent action” he said.

What happened at the end of July is they passed Bill 195 (…) it ended the state of emergency, but it empowered the government to continue these emergency orders even though there is no longer a provincial state of emergency."

“That is a real concern for people who have been working, in some cases, very long hours in dangerous, stressful situations who have done their level best with all of the professionalism and care they bring to their jobs”.

Hahn called the move “unprecedented and undemocratic” and says it’s completely unnecessary at this stage of COVID-19.

In speaking with his membership, he said union members are burned out, particularly in healthcare but also in municipal work. Under the measures, all leaves have been cancelled – including vacation leave, bereavement and parental leave.

“They understood and understand this is a health emergency that we are all continuing to live through, but they also feel suspending their rights indefinitely is simply unfair” Hahn said.

In July, Karahalios was removed from the Ontario PC caucus after voting against Bill 195 on it’s third reading, calling it an “unnecessary overreach on our parliamentary democracy” that “takes advantage of the people of Ontario during a time when they’re feeling especially vulnerable."

In terms of what can be done, Hahn said the provincial government has the power to remove their emergency orders immediately.

He says the intent of the protests is to raise awareness in communities across Ontario, as this is not just a concern for his union members, but for all Ontarians.

“Arguably this one has been quite different for all of us (…) we’ve got seven months under our belts – we have professional, skilled people who want to do their jobs well. Simply suspending their rights isn’t an option (…) those rights can be restored today”.

The “Restore Our Rights” protests began in early August in Pembroke, and continues across Ontario at the offices of local MPPs until it’s scheduled conclusion in October in Queen’s Park.

Aside from the planned protests, Hahn added CUPE Ontario is also working with other unions to investigate the possibility of a legal challenge into Bill 195.

“It’s not a solution that is feasible in the short term," he said, "But in the long term (…) every Ontarian should be concerned when a government gives itself the ability to no longer have to go to the legislature – to simply be empowered to remove people’s constitutionally protected rights”.