Provincial police say the crash happened Monday afternoon near the front gates of a popular swimming spot
Jul 23, 2019 7:45 AM By: Mark Pare 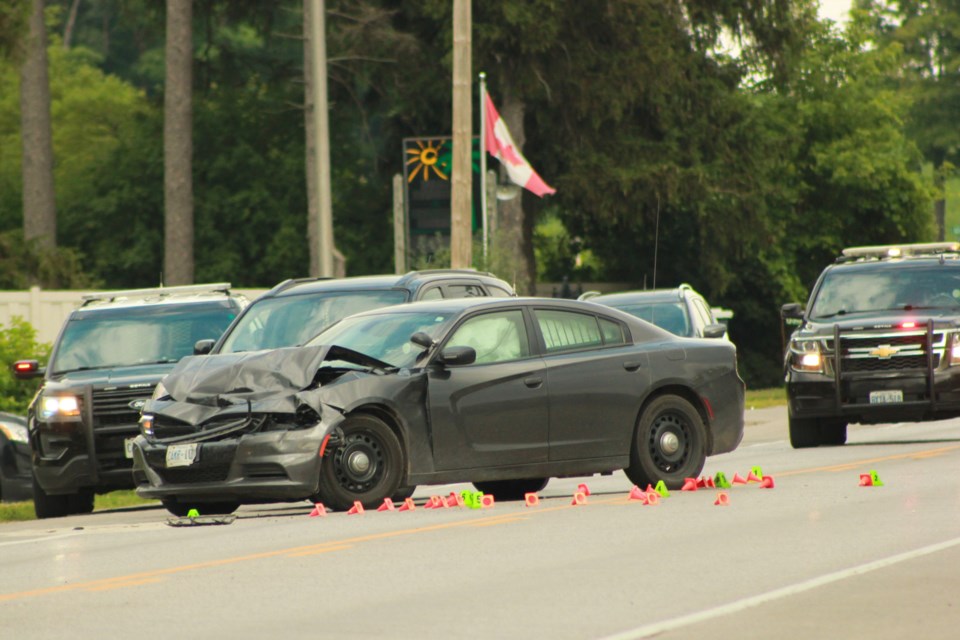 Provincial police are continuing to look into the cause of a crash involving one of their cruisers in Elora.

It happened Monday afternoon before 3:00 p.m., in front of the gates of the Elora Quarry on Wellington Road 18.

It involved an unmarked OPP cruiser and an SUV.

Both drivers sustained minor injuries, and were treated and released from hospital.

Police say because one of their cruisers was involved, they needed to take extra time to investigate, and caused some traffic disruptions as a result.

The roadway was closed off for several hours, before opening back up Monday evening.

Stratford police investigating string of fires
Jul 26, 2020 8:29 AM
Comments
We welcome your feedback and encourage you to share your thoughts. We ask that you be respectful of others and their points of view, refrain from personal attacks and stay on topic. To learn about our commenting policies and how we moderate, please read our Community Guidelines.