The Wellington Water Watchers are asking for an extension on the public input period
May 10, 2021 11:49 AM By: Ben Eppel 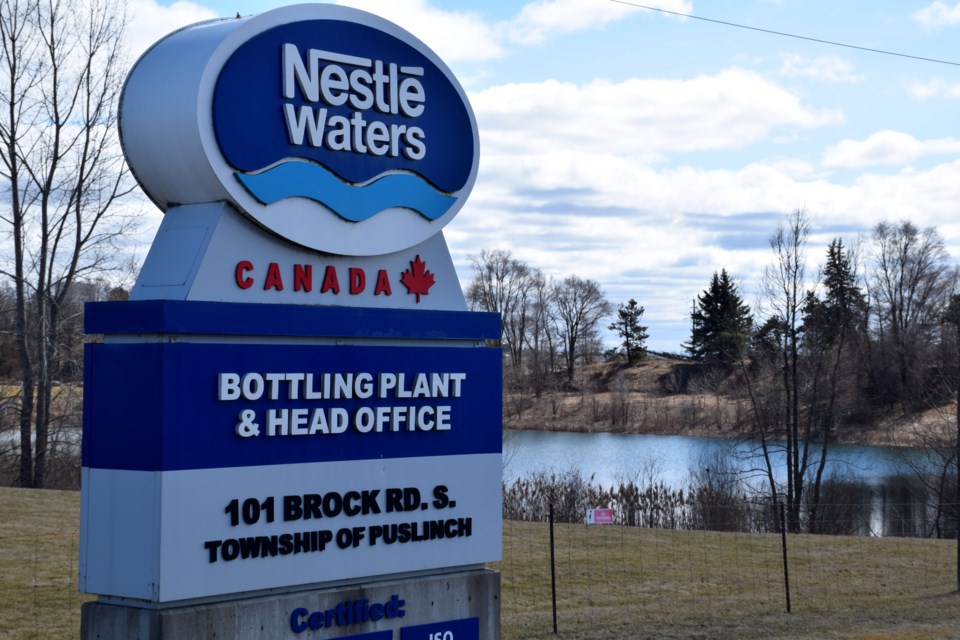 The Wellington Water Watchers were shocked to find they weren't told about a private equity firm's application to renew the permit to take water for bottling to the Environment Registry of Ontario.

Just last year, Nestle decided to put their operations up for sale after continued opposition from the community. A years-long moratorium on water taking permits in the province ended April 1, one day after the closing of the sale of Nestle Water North America was announced.

In conversations with the Ministry on April 7, the Watchers were given the impression that they would be told about developments on the file.

"The Ministry had lifted the moratorium on new water bottling as of April 1," said Arlene Slocome, Executive Director of the Wellington Water Watchers. "We had a number of questions related to the new regulations, and on top of that, we had a whole lot of questions both about the renewal permits for the wells in Aberfoyle and Hillsburgh. We also had questions about any proposed pump tests at Middlebrook."

In that call, Slocome said they understood that renewal bids from private equity firms One Rock Capital and Metropoulus Inc. would be posted to the website shortly, as the sale from Nestle to these firms had been finalized. Once the matter was posted, the watchers would be able to drum up their supporters to engage the public in commenting during the public commentary period of at least 30 days.

The group kept tabs on the site, but never saw a posting on the Environment Registry of Ontario regarding One Rock Capital or Metropoulus Inc. It turned out they were looking for the wrong name.

A new private equity firm, Blue Triton Brands, was the firm attached to the registry entry on April 23. Its CEO is Dean Metropoulus.

"No notifications had come through on any of them, and in fact, what I learned from a rather random email with a supporter of ours who has a friend who works at the ministry, she just said, 'Are you aware that this has been posted several weeks ago?' And we weren't, and I went into the system myself and typed in all those names, and nothing comes up. You would have to know very specifically the operating name of the company."

The period for public commentary will end in just under two weeks, not nearly enough time for the Watchers to get their message out effectively. As a matter of public interest, they've asked the Ministry both on the phone and in writing to extend the period to 90 days. The Ministry has the ability to do that if it's a matter of significant public interest.

The new applicant is problematic in more ways than just its ability to slip under the wire, said Rob Case, Board Chair of the Wellington Water Watchers. A municipality would have the authority to review a new application, but not on the renewal of an existing permit.

"The Ministry seems to be taking a position that it's the same, business as usual, so this wouldn't be a new application it would just be a permit renewal," said Case. "This is a whole new ballgame, this is a whole new company. We're talking about a private equity firm."

Case said that private equity firms don't have to share very much information about their activities, and their main focus is usually returning profit to shareholders.

"What we're seeing is this whole push - across the world, actually - towards the commodification of water. You see these profit-maximizing entities moving into watersheds and source water all around the world, taking control of it, and actually what ends up happening is people end up being cut out of having access to the water they need ... It's the same kind of trend that's happening here, in Ontario, right now. I think we can expect to see that revving up as this Conservative government tries to restart its version of the economy, and recovery from COVID."

The Ministry of Environment has responded to 570 NEWS' request for comment:

To be clear, the ministry did not commit to notifying the Wellington Water Watchers when the posting went live.

The Permit To Take Water Director received a request from Wellington Water Watchers on May 7, 2021 to extend the posting for the two PTTW applications from Triton Water Canada Holdings, Inc. The request is being considered, and a decision to extend these posting will be made by this week, in advance of the current commenting period closing date of May 23, 2021.