Bylaw and police will be out in full force over the summer making sure everyone is cooling off safely
Jul 6, 2020 3:22 PM By: Erin Anderson 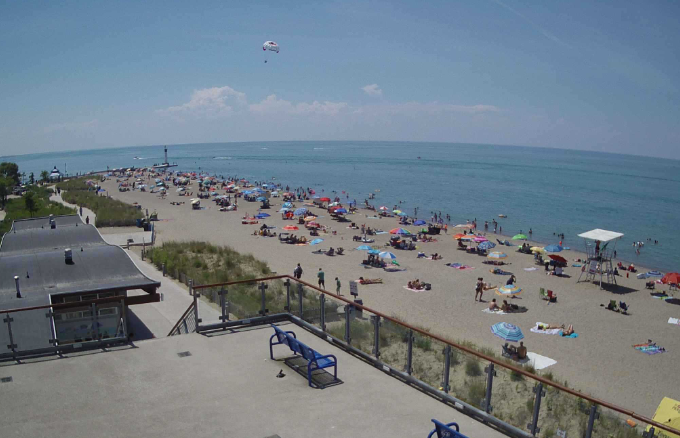 The recent bout of extreme heat has led to some concerns regarding overcrowded beaches.

Bill Weber is the Mayor of Lambton Shores, which is home to Grand Bend.

He was on The Mike Farwell Show on 570 NEWS on Monday.

"We enjoy welcoming visitors, but the coronavirus has not gone away. We've had large crowds here ... I would say it's less than other years, when there was no virus," said Weber.

He added for the most part, people are complying, "But there are always a few that tend to not want to follow the rules, or are just not thinking."

"We've also had bylaw [staff] handing out flyers to people as they're coming into the parking lots, with a sheet of rules... like no smoking, no tents, and no sports on the beach."

When it comes to enforcement, bylaw officers are also responsible for that.

"We have bylaw people on the beach. They are trying to get everyone to conform. Education is key and for the most part, people do respect [them] when they're asked to be careful and follow the rules," said Weber.

He said while it is concerning to see people congregating or walking in large groups, he believes most people are doing what they're told.

"I think people are doing what they need to do. Whether it's enough... I don't know. But we're certainly trying to do what we can to educate and remind people that the coronavirus has not gone away."

Weber said he's comfortable with having his beaches open to the public, as long as people follow the rules.

"It'll take a few bad apples to maybe cause us to not be comfortable with it. We're trying to ensure that the people that want to cause trouble, or who aren't as caring or respectful of others... we don't want them to ruin it for everyone."

So far, Weber said those 'bad apples' have been few and far between.

"There are still those people that don't seem to want to follow the rules. So we're addressing them in as friendly as manner as we can, but we do have bylaw and OPP."

Weber said it's not just COVID-19 protocols that are an issue.

"Alcohol is another issue this year. It seems that people think that they can drink in public... whether it's on the main street or on the beach. That's just not acceptable, it never was."

If you're caught breaking the rules, you could be removed from the beach, or issued a fine.