70 years ago: 'The last goal he ever scored won the Leafs the Cup' 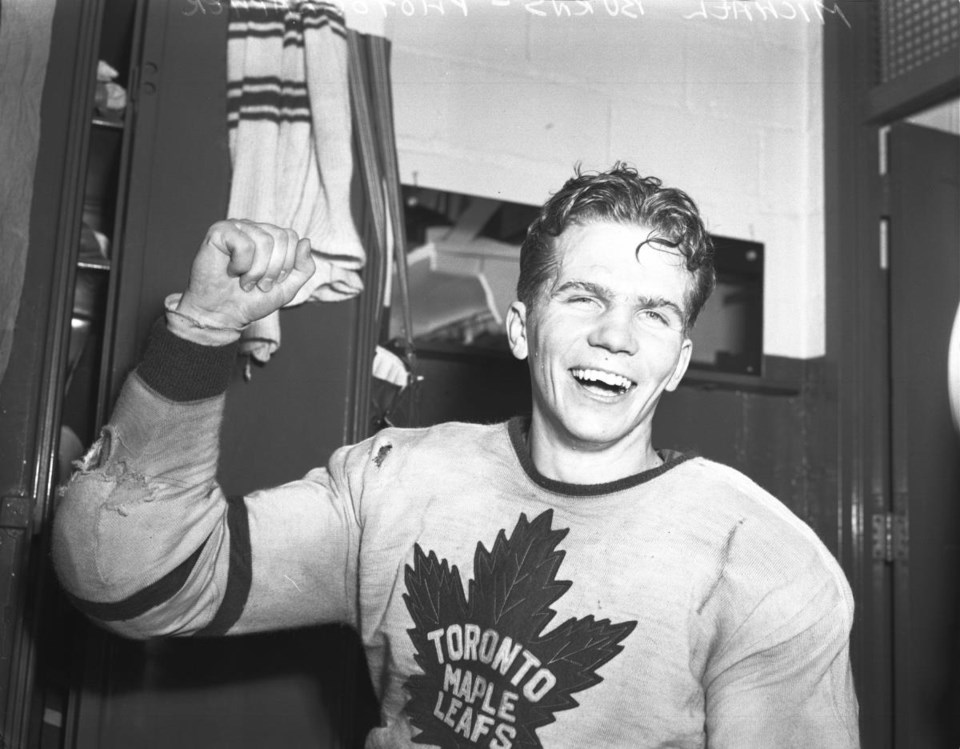 The Bill Barilko story is a legend and Maple Leaf fans will congregate in Timmins for a commemorative billboard celebration.

His story is entrenched in Canadian lore.

Bill Barilko, a boy from Timmins, Ontario, scored the Stanley Cup-winning goal for the Toronto Maple Leafs on April 21, 1951.

The overtime marker against the Montreal Canadiens turned out to be the last goal he would ever score, before he perished in a plane crash in northeastern Ontario later that summer.

It was during that summer Barilko's nephew, Frank Klisanich, was born.

"When the anniversary comes around, we rejoice and remember a very special time," he said, "But it also reminds us that his life ended early, and it was unfortunate."

"But what we feel as a family, and I'm speaking on behalf of my mother (Anne) who passed in 2013, it's amazing to us that everyone still remembers the Barilko goal."

He showed appreciation to people like Kevin Shea, who wrote the book Barilko: Without a Trace, as well as The Tragically Hip for bringing the Barilko story to a new generation with the song 50 Mission Cap.

Klisanich said he wishes he would've been able to meet his uncle, but he learned a lot about him through his family and from Shea's book.

"He was a good looking, tough to play against hockey player, but the absolute guy you wanted in your dressing room," he said.

"I think he was going to be a fun person to get to know.  He was outgoing, and he seemed to be a really level-headed and wonderful young man, and I think it would've been wonderful to watch his career progress in the National Hockey League.  And I heard people say if the accident had not happened, he'd be in the Hall of Fame today."

Klisanich also possesses a bunch of memorabilia: a replica of the 1948 Stanley Cup given to players on the team, a silver tray given to members of the 1951 Cup-winning team and a watch given by the City of Toronto.

He also has signed programs, jerseys given to the family during pre-game ceremonies held by the Leafs over the years, and much more.

The task now is to figure out from a family perspective, what to do with it all.

"Is it Hall of Fame?  Is it to the City of Timmins?  Does it go to my kids, and on to their grandchildren," Klisanich said, "We've got to figure that all out."

Klisanich now lives in Minnetonka, Minnesota, and while he tells locals he supports the Minnesota Wild, the family still bleeds blue and white.

And he's excited about the potential with this year's team.

"I am absolutely delighted with the changes, and some of the moves that have been made," he said, "The Maple Leafs hockey club, for the last three years, have had an abundance of talent, but they were lacking grit, and they've added some players that are going to give the team a lot more grit than it had."

"I'm hoping this is the year."

When asked if any player reminds him of Barilko, he turned to defenseman Justin Holl, who coincidentally hails from Minnetonka.

"He's a pretty big kid, and he had to work hard to get to the Leaf club," Klisanich said, "I would think that he might be the perfect example of a current Leaf who most resembles (Bill)."

"He got there the hard way, he had to work hard to develop the skills, he's a body player."

On a personal note, Klisanich said he met Holl last summer and has gotten to know his dad.

"It's just fascinating that they're here in Minnetonka, and he's on the Toronto Maple Leaf hockey team," he said.