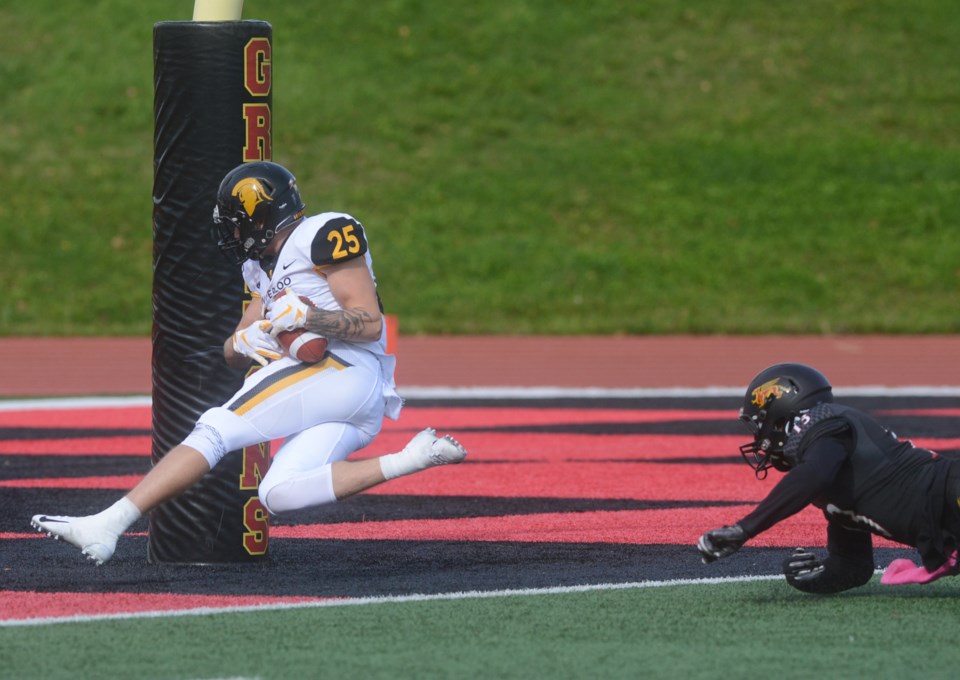 The game of football isn't immune to the impacts of COVID-19, even though their upcoming seasons have not been impacted as much as other sports.

As it stands, it's more of a waiting game to see what the football landscape --- and sports as a whole --- will look like in the days and months ahead.

The waiting game will be (for now) on display at the 2020 Canadian Football League Draft April 30, as athletes sit back to hear their name called by a CFL franchise.

But the process undertaken by teams and prospects alike look a bit different.  The National Combine that Ternowski was invited to was scrapped, and the start of training camps have been postponed.

"I've been in contact with my agent a lot, and he's just saying that teams are just watching film and trying to do as much background checks as they can on guys," Ternowski told KitchenerToday.com, "Film doesn't lie at the end of the day, but for guys who don't have a lot of film that were going to boost their draft stock a lot at the combine, it's unfortunate."

Team interviews are being set up through video conferencing programs like Zoom.

For the prospects, balancing life is a little tougher.  Ternowski admits school has been a bit stressful with a number of moving parts, as everyone adjusted with the new normal.

On top of that, keeping in shape is a whole other beast with gyms and other facilities shut down.

However, Ternowski says he's been doing okay in that regard, getting help from Jesse Collins from TNT Training in Waterloo.

"He's been doing a great job videotaping home workouts, and giving all of his top line guys a great home workout program," he said, mentioning while not everyone has dumbbells laying around, he can still get a full body workout in using body weight equipment, among other things.

That determination suits him quite well, the grit and passion translating to his on-field performance.

"Most of the time, it works out for me but can sometimes be a negative thing as well," Ternowski admits.

"Football is an aggressive game on the field, whether that be trying to attack a ball in the air, have to block my man in front of me and have to make a play to open something else up.  It's all about putting your nose in the dirt and blowing through somebody.  That's what the game is."

"I play a lot bigger than I am.  That's what I would say is my strength.  Most people underestimate me, and I take advantage of it."

Much like film, Ternowski's numbers have not lied.  He's been a top receiver across the country over the last couple years.

It's no wonder his play has been instrumental for a Warriors team that's seen a major turnaround, going from 14 straight years outside the OUA playoff picture, to two straight playoff berths and the program's first playoff victory since the turn of the millennium.

If you're looking for a comparable, Ternowski says he looks at Luke Tasker, a veteran receiver who was last with the Hamilton Tiger-Cats organization.

"He's not the biggest or fastest guy, but he always gets the job done," he said, adding an NFL comparable would be New England Patriots receiver Julian Edelman.

But between the comparables, the stats, the video and all the like, the sports world is in a holding pattern.

For Ternowski, he's taking the mind over matter approach as he waits on what his football future looks like.

"We don't know when the CFL season, or the OUA season, is going to be going anymore," he said, "I'm just trying to keep in that mindset just like everything's going to go back to normal."