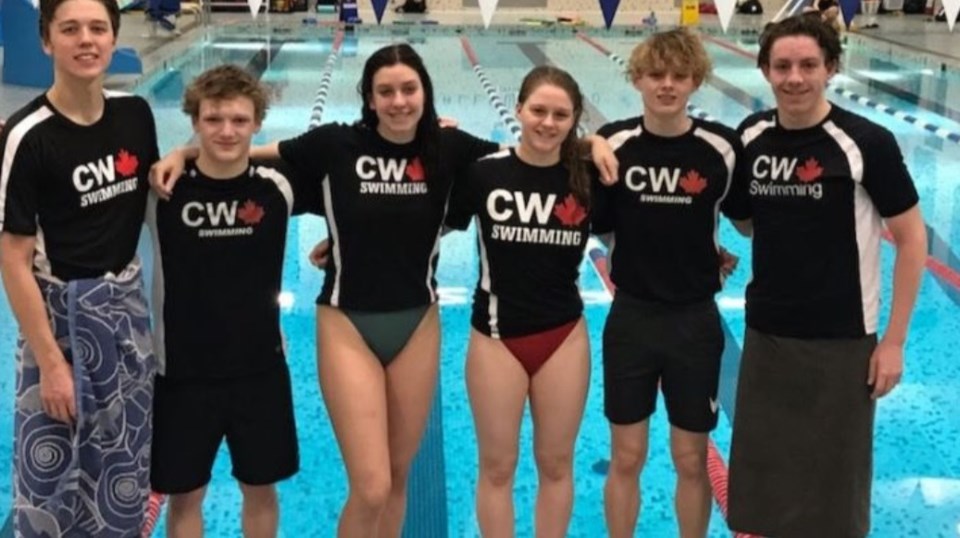 It was supposed to be an opportunity for six locals to continue chasing the dream.

The half dozen swimmers from the Club Warriors team --- Tori Meklensek, Tyler Bell, Ian Friesen, Avery Willis, Nathan Landry and Kieran Stone --- qualified for the Olympic trials to be held March 30 to April 5 at the Toronto Pan Am Sports Centre.

But things have changed constantly with COVID-19 changing the very landscape of sports.

I paid a visit to the CW Warriors last Wednesday to talk about their upcoming trip to Toronto, the same day competitors found out another planned trip to Spain was called off.

But the accomplishment of sending six swimmers to an Olympic trials is a huge step for the program, says head coach Russ Franklin, who knows a thing or two about this level of competition.

Franklin has been a swim coach since the 1980’s, has helped a few athletes reach the international stage, including Craig Hutchison and Stephanie Horner.

“We (at CW swimming) haven’t participated in an Olympic trials,” he said, “We’re a fairly young club and last time around in 2016, we took a bus load of young kids to go watch the trials.”

“I’ll say they were somewhat inspired four years ago.”

Franklin admits the team isn’t kidding themselves, noting swimmers would have been going to collect experience in hopes they could reach the Olympics in 2024.

“There is a Pan-Pacific team they’re picking off at the same meet,” Franklin said last week, “So for some of these kids, it’s a trial for them but it is the highest level meet that they’ll have been to in their career.”

For 17-year old Friesen at least, he is looking that far ahead but is taking things step by step.

“My goal would be to go to a D1 school in the US, and swim and compete in the NCAA,” he said, “And then eventually in 2024, make another run for the Olympic games.”

Franklin, meantime, knows a lot can change in a span of four years, including the impacts of the juggling act that comes with being a student-athlete.

“Their lives will change tremendously, and some will wish to aspire to the Olympic level,” he said, “They’ll keep pursuing their swimming dreams and train hard and what not. Others will see (the Olympic trials) as kind of the end of their career. It’s great to hope, but four years is a long time.”

Call this a mere blip on the road to success on the international stage, and these six athletes will get their shot.

In times like these, admittedly it could be hard to look towards the future in sports.

But the world post-coronavirus is at least something we can at least attempt to look forward to in trying times.