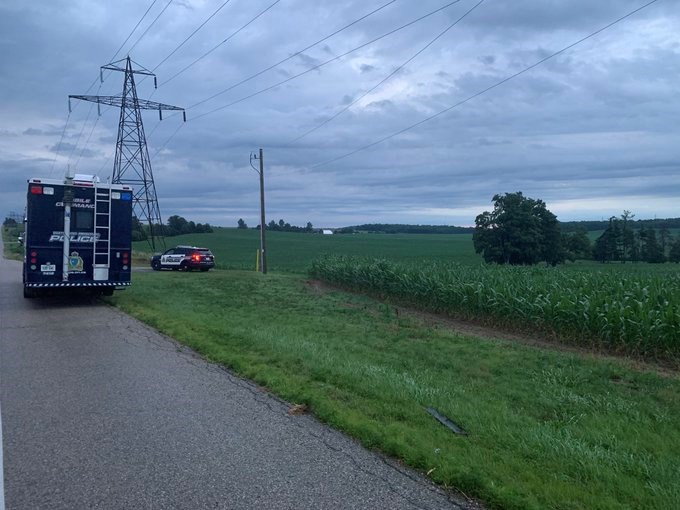 WRPS investigating after a man was found dead in the Erbs Road and Notre Dame Drive area of Wilmot Township. PHOTO: Brandon Graziano/KitchenerToday

An arrest has been made following a homicide early Wednesday morning near St. Agatha.

Waterloo Regional Police got a call, shortly before 1 a.m., about a 35-year-old man who was found dead in a farm field off Erbs Road.

It was believed the suspect left the area on foot.

Shortly after 9 a.m., officers arrested a suspect near Charles Street in Kitchener.

33-year-old Alex Lopez-Noriega of Wilmot Township appeared in court Wednesday, and is charged with first-degree murder.

The charge was upgraded from second-degree murder.

Police also say the victim and accused are known to each other.

Details surrounding the identity of the victim have not been released yet.

There will be an increased police presence in the Erbs Road area throughout the day.

with files from Christine Clark and Blair Adams