Police want anyone with early morning dashcam footage from November 26 to contact them
Dec 3, 2019 12:18 PM By: Erin Anderson 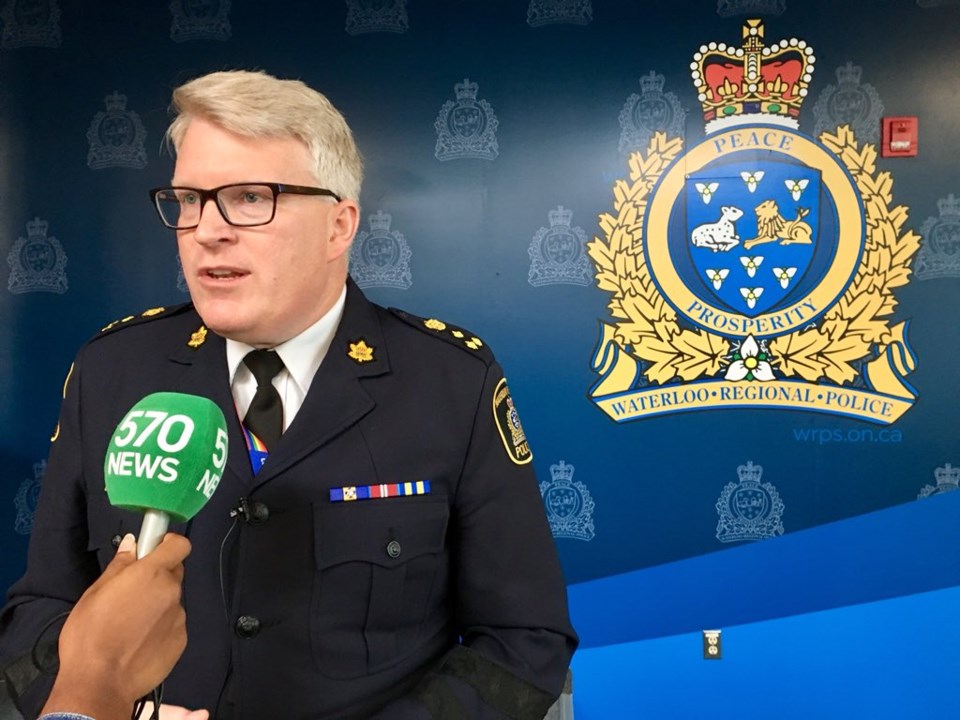 Police Chief Bryan Larkin was on The Mike Farwell Show on 570 NEWS, and called the homicide tragic.

"Any time a young person, or anybody, loses their life in our community ... it's an opportunity and a need to stop and reflect and really ask ourselves how did we end up where we are, and how did this occur."

Larkin said his thoughts go out to the victim's family and friends.

"This has ripple impacts. A 20-year-old man lost his life as a result of gunshot wounds."

On November 26 around 2:20 a.m., Waterloo Regional Police and Ontario Provincial Police responded to the area of Courtland Avenue and Highway 7/8 after reports of shots fired.

When officers arrived, they found the victim's body laying on the road.

"Shortly after, there was a car fire on Connaught Street in the City of Kitchener around 4 in the morning. We do believe both of the incidents are connected, and we're investigating that."

Larkin said as a result of the ongoing investigation, they believe the victim was targeted.

"We believe the victim and suspect, or suspects, were known to each other. We believe this was a targeted act of violence. However, we also remind the public to be vigilant."

Larkin then made a public appeal for information.

"The reality is, we have not received a lot of public information. We're not generating any tips, and generally in these types of investigations, we have a lot of people come forward. We recognize that it was on a provincial highway in the early morning hours ... but if anyone was driving through and has dashcam footage, even prior to the incident ... so if you're on the expressway in the early morning hours of November 26, we would like to examine your dashcam video and would like you to come forward."

Larkin said they're interested to see if the burned out vehicle was on the expressway, prior to the fire.

Larkin said on average, we have about five homcides a year in Waterloo Region.

"And that's been true for the last 25 years. So we haven't seen a significant change in the homicide rate. I can assure the public, and I want to reassure the public - we've done some significant canvassing of the area. Our investigators are looking to generate more public information."