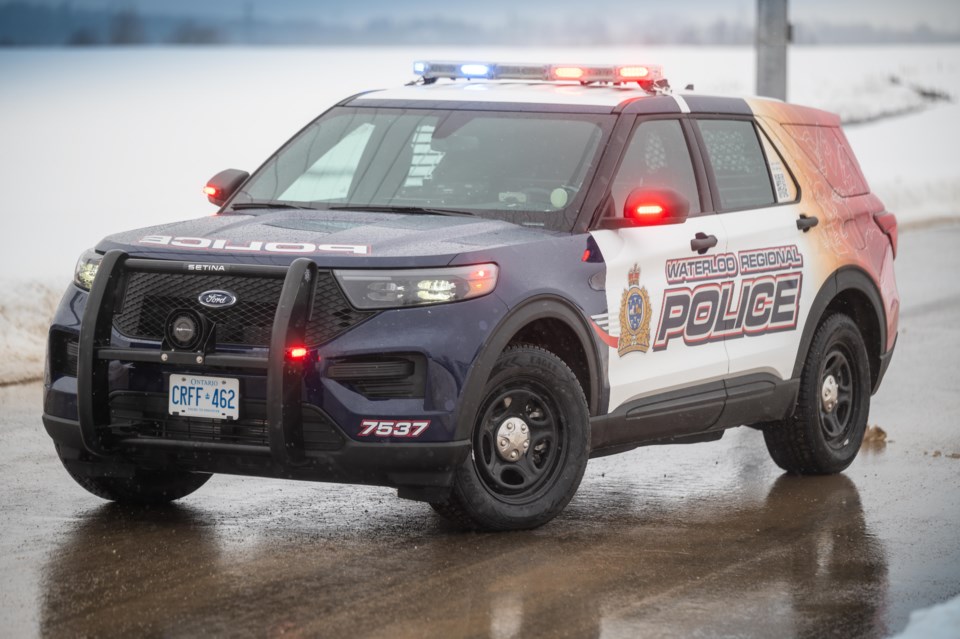 Rolled out in the late end of March, the Waterloo Region Police Service’s Diversity Cruiser initiative has drawn significant attention from local residents – both in favour and opposition to the program. With four vehicles slated to have their back panels wrapped with designs that aim to “educate, raise awareness and celebrate the great diversity of Waterloo Region”, the first to be previewed has some calling the initiative “deeply disturbing and disappointing”, arguing the vehicles and coupled cultural and racial “trading cards” are a slap in the face to those calling for structural changes in policing to reduce harm inflicted on Black, Brown & Indigenous peoples.

Speaking as a guest on the Mike Farwell Show’s Ask the Chief segment, Regional Police Chief Bryan Larkin said the diversity cruiser initiative is not the first cruiser to support a “diverse approach”, as he made reference to the “Serving with Pride” vehicle that was launched five years ago in support of th 2SLGBTQ+ community as well as members of the service who identify as a part of that community. At the end of that vehicle’s life cycle, Larkin said that community had made an internal suggestion for a more representative, inclusive approach that took into account the different “voices, individuals and communities” of Waterloo Region – ultimately leading to the design of four different cruisers by the service’s Diversity, Equity and Inclusion team. According to Larkin, regional police remain committed to the diversity cruiser initiative, with the next cruiser focusing on the local Asian community, and a planned Mennonite culture vehicle in the works.

“The thrust of this was to start a conversation,” said Larkin. “It has no doubt started a conversation – some in opposition, some supportive and I’m certain some are neutral, lukewarm to the idea: and that can be internally and externally.”

Addressing the growing petition to cancel the cruiser initiative, Larkin said the primary goal has always been to support the service’s internal members while also showing support for those in the community. Larkin also acknowledged that there’s still significant work to be done in the service in striving for equity, diversity and inclusion, as he said that work is ongoing. Larkin also extended apologies in referring to the racial and cultural heritage information cards as “trading cards, as he said the reference was “completely inappropriate”. Those information cards are intended to be an alternative to the scannable QR codes included in each vehicles design, which direct individuals to the service’s web page for further detail on the Equity, Diversity and Inclusion team and the vehicle’s decals.

Larkin also spoke to what he said was some “misinformation” regarding the cost and roll-out of the initiative, as he said the cost to have the rear panels of each vehicle wrapped was $1,500 with an additional cost of $500 per vehicle. The police chief added that he’d be pleased to explore the possibility of discussing the service make an “appropriate donation or supporting an initiative”. As he added that he’d also be interested in facilitating a meeting between those in opposition with the project with the service’s inclusion team.

Joining the conversation on the Mike Farwell Show on Tuesday was Jessica Hutchison – a community advocate and the creator of the Cancel the WRPS ‘Diversity Cruisers’ Project petition that has been garnering significant support. With over 3,000 signatures so far, that petition has been backed by the Land Back Camp, BLM WR, the ACB Network of Waterloo Region as well as the local AIDS committee. That petition calls for an immediate discontinuation of the diversity cruiser and “trading card” project, as well as a detailed accounting of the cost of the project – with that total amount of money spent to be donated to “Black- and Indigenous led community organizations that provide community-led, culturally appropriate, life-affirming supports and services to residents of Waterloo Region” by May 1, 2021.

Hutchison asked Larkin directly for further details on the “expansive and inclusive” cost of the initiative – including the hours spent by the equity team planning and implementing the project, personnel costs for uniformed and civilian staff that were involved, and the payments made to the artists behind the decals.

Hutchison also sought more information regarding the intent of the diversity cruisers, and who they’re intended to educate – as she pointed to the significant calls to action made specifically over the past year by Black and Indigenous activists and their allies for “true structural changes within policing” to reduce harm inflicted on Black and Indigenous peoples and the excessive use of carding of Black people in the region.

“I don’t recall anybody in the community ever asking the police to not only wrap their vehicles with images of Black and Brown bodies, but I never heard them say they want the police to educate citizens around cultural and racial diversity.” said Hutchison.

Larkin said the initiative comes from one of the pillars of the regional police service’s inclusion plan around authentic engagement, both internally and externally. Larkin added that the service continues to work toward a structured change in policing, as he said members of the service are involved in efforts beyond the region regarding intervention around the use of force and race-based data collection.

“We’re engaged in conversations in neighbourhoods consistently – and so the thought process internally, for the team, is really around creating a conversation,” said Larkin. “It’s designed to talk about who we are as a police service, to talk about our community, and actually support and recognize that strength lies in our diversity.”

Hutchison said that those internal calls to engage with more diverse cultures could have been addressed with an internal initiative, rather than decorating cruisers with Black and Brown bodies – particularly when that community has made it clear that police cruisers are tools to “surveil them, to terrorize them, and to arrest them when they’re in neighbourhoods.”

“To have these police vehicles with these decals on them in predominantly racialized neighbourhoods – that’s kind of like a double slap in the face,” said Hutchison. “These vehicles are already seen as a threat – now they see themselves on a car when they didn’t ask for it.”

Hutchison added that there’s a potential for serious harm stemming from these vehicles for Black and Indigenous peoples that may attempt to approach the vehicles to scan a QR code with phone in hand could be assumed by police as brandishing a firearm.

“This is not hyperbolic; this is based in reality. We know that Black and Indigenous people are shot by police at a significantly higher rate – particularly if they’re believed to have a weapon.”

Chief Larkin extended the invitation for Hutchison to have a meeting with himself and the equity team – a proposition that Hutchison said she’d be open to with the stipulation that the meeting be held in a public format rather than behind closed doors.

NDP MPP for Kitchener Centre Laura Mae Lindo also offered her perspective on the diversity cruiser conversation as a guest on Kitchener Today with Brian Bourke on Tuesday, as she spoke to the “concrete investments” being asked for by Black, Brown & Indigenous community members to “start rebuilding a sense of trust and safety with the police services” in the region – including upstream prevention and annual racial equity training for officers.

“Out of nowhere, they decided to do something totally different.” said Lindo. “Now, it’s kind of detracting from the real work, causing more tension as opposed to less, and it’s raising questions about whether or not the police services here are willing to listen to communities that don’t feel safe.”

Lindo spoke to recent reports from regional police that indicate Black, Brown and Indigenous individuals are disproportionately impacted in negative ways by police, as she said real solutions are need to address those issues rather than “investing in trading cards and diversity cruisers” – adding that the centre of the conversation needs to be on those affected rather than the police and “what they feel like doing right now to address the problem.”