Street racing charges down but impaired driving is up: OPP

Ontario Provincial Police say the number of drivers charged with stunt driving and street racing this past month dropped significantly from April 2020 though the number of impaired driving charges was up from the same month last year
May 5, 2021 4:25 PM By: Casey Taylor 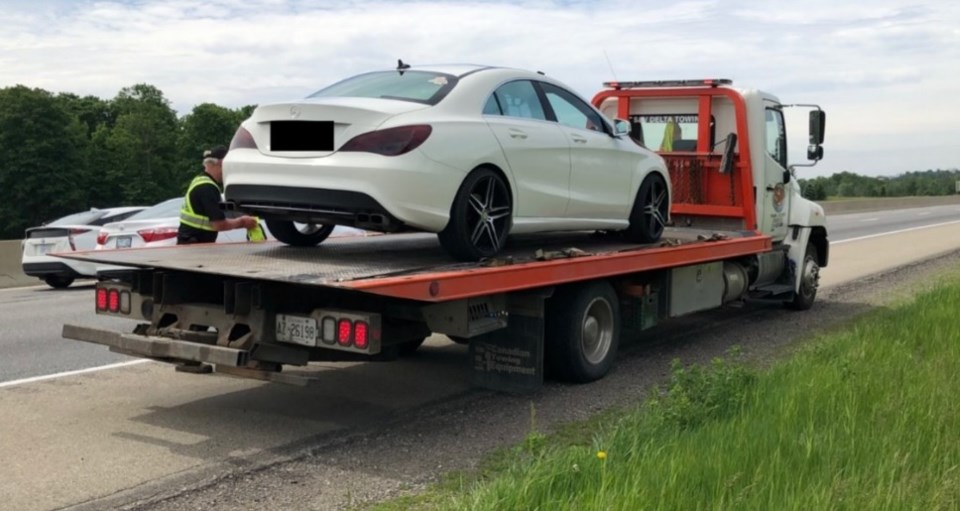 Good news, bad news from Ontario Provincial Police when it comes to two of the most significant factors in deadly crashes, speed and sobriety.

Starting with the positive, the number of stunt driving and street racing charges issued on OPP patrolled roads and highways last month was less than half what it was in April 2020.

Such a significant drop could come as a surprise, but, like many other things this past year, it likely has much to do with the pandemic.

"Now that I think about what we saw last year, we were seeing a considerable increase in stunt driving and street racing charges last year April when the pandemic was just underway," said OPP Sgt. Kerry Schmidt. "Highways were quiet, there wasn't a lot of vehicles out there, we were in a lockdown, the pandemic was just getting started, and we were seeing a significant increase in the number of stunt driving and street racing and driving complaints all across the province."

In April 2020, 825 stunt driving and street racing charges were laid across the province while, this past April, that number is down by more than 50 per cent.

That said, while it seems the roads and highways have become safer when it comes to speed, sobriety is falling off the wagon.

"Our impaired driving charges are actually up 20 per cent," said Schmidt.

618 impaired driving charges were laid last month compared to the 515 laid in April 2020.

The updated numbers come as provincial police are gearing up to launch Canada Road Safety Week toward the end of May, in time for the Victoria Day long weekend.