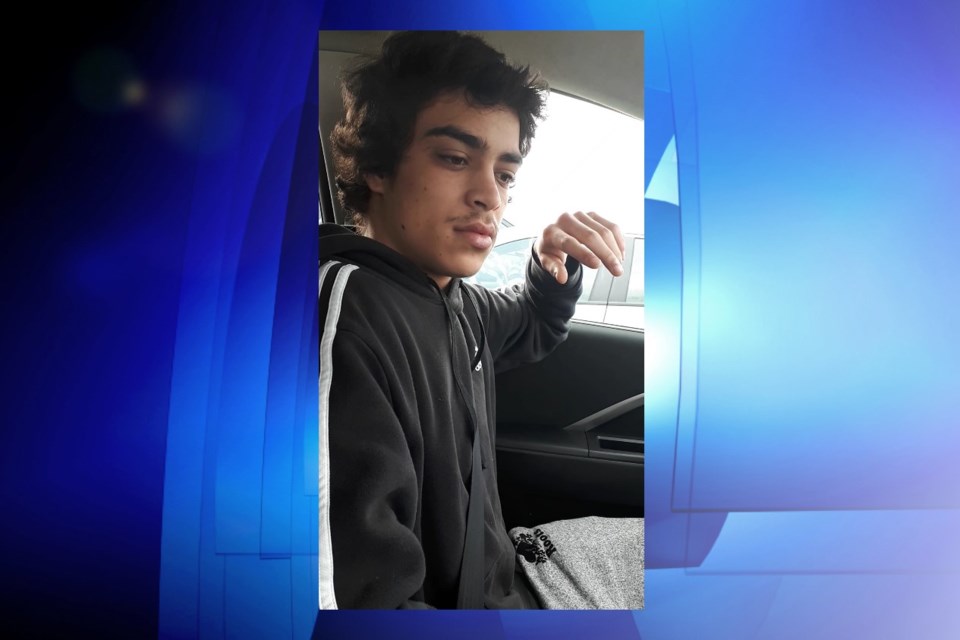 Alex Resendes, 18, from Cambridge is wanted by police

Regional Police were called to the area of Birkinshaw Road in Cambridge Saturday night after reports of gunshots, and have now released details regarding a suspect in the shooting death of a 19-year-old man.

"We have grounds to arrest Alex Resendes, 18, from Cambridge for second-degree murder in connection to this incident," said Constable Andre Johnson.

"Mr. Resendes was last seen in the area of Myers Road and Highway 24 in Cambridge and may be armed. If seen, do not approach but call 9-1-1 immediately," said a release in part.

"In the interest of community safety, we are releasing his name and photo and seeking the public’s assistance in locating him."

Johnson said police believe the two are known to each other.

He is described as five feet eight inches tall with a thin build. He was wearing dark running shoes, khaki or blue jeans and no shirt when he was last seen.

There will be a large police presence in the area of the shooting for some time, however, no roads are closed.

"We have multiple units that are engaged in this investigation, members of our major crimes unit, general detectives, our forensic indentification and our K-9 unit," said Constable Johnson.

This is the twelfth shooting in Waterloo Region this year.

The services Remotely Piloted Vehicle flew over the area to help with the ongoing investigation.

On scene in area of Birkinshaw Road in Cambridge after reports of shots fired.

One male is deceased.

There will be a large police presence in the area throughout the night.

More information will be released when available. pic.twitter.com/wyr9ByV2z2