Robbery in Cambridge results in pursuit, arrest in Mississauga (update) 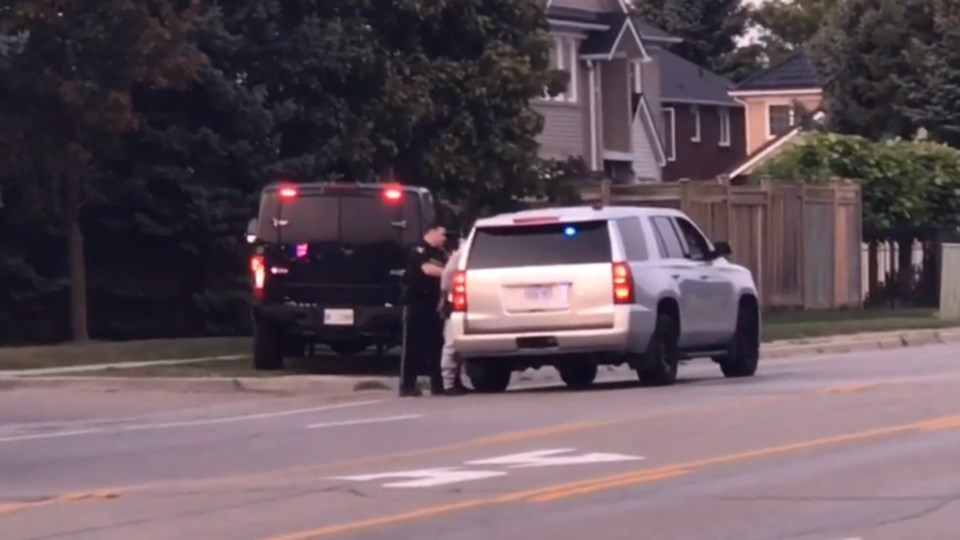 OPP and Peel Regional Police successfully negotiate the surrender of suspects wanted in a robbery in Cambridge. CITYNEWS/Mark Douglas

A robbery at a Scotiabank Wednesday afternoon in Cambridge triggered a pursuit by provincial police on the 401, and into Mississauga.

According to a tweet by OPP, Waterloo Regional Police notified the provincial unit about a vehicle making a getaway and heading east into the Greater Toronto Area.

During the pursuit, two collisions occurred, causing minor injuries to one OPP officer.

Police followed the vehicle into a residential area in Peel Region, and were able to arrest four people.

They're all facing charges, including robbery with a firearm.

The suspect continued east on #Hwy401 to Mississauga, where it entered into PRPS area. The suspect vehicle stopped at a residential area where OPP and PRPS worked together to contain and effect arrests of two persons. All suspects are in custody at this time. ^dh

An OPP spokesperson tells @680NEWS and @CityNews this investigation on Bristol at Creditview in Mississauga began in Waterloo Region shortly after 4:00. There was a pursuit across an OPP patrolled highway, ending here. @570NEWS pic.twitter.com/GmQL4Xuj6X