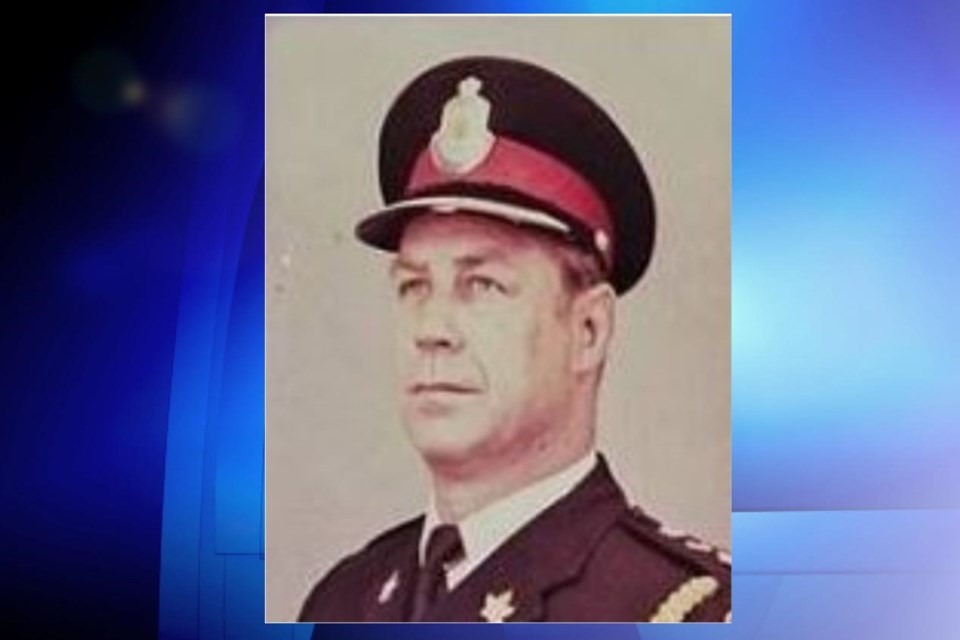 Regional police are honouring the passing of one of their members.

On Thursday, Regional police issued a news release saying retired Staff Inspector Fred Stewart passed away at the age of 94.

According to the release, Stewart started his policing career in 1957 and served his community for about 30 years before retiring in 1986. He was the last Chief of the Hespeler Police Force before merging with the Waterloo Regional Police Service in 1973.

"There will never be another Freddy," said Bryan Larkin, Chief of Police for the Waterloo Regional Police Service. "He was tough, but he was fair. At the heart of everything he did was a love and passion for this community and its residents. He was truly one of a kind."

Officials say Fred will be remembered for never shying away from holding up the law, but always preferring to do so with the 'power of his mind.'

Larry Gravill, who served as Chief of Police for the WRPS from 1992 to 2007. He says Stewart had been a longtime confidante and mentor whose guidance helped him throughout his entire career.

"He lived his life dedicated to helping others and will be deeply missing by all who had the privilege and honour to know him."

It is with great sadness that we announce the passing of Fred Stewart.
Fred started his policing career in 1957 and was the last reigning Chief of the Hespeler Police Force before it merged with the Waterloo Regional Police Service in 1973.
More: https://t.co/82Wqqtrgg2 pic.twitter.com/kpaAI6JXDO