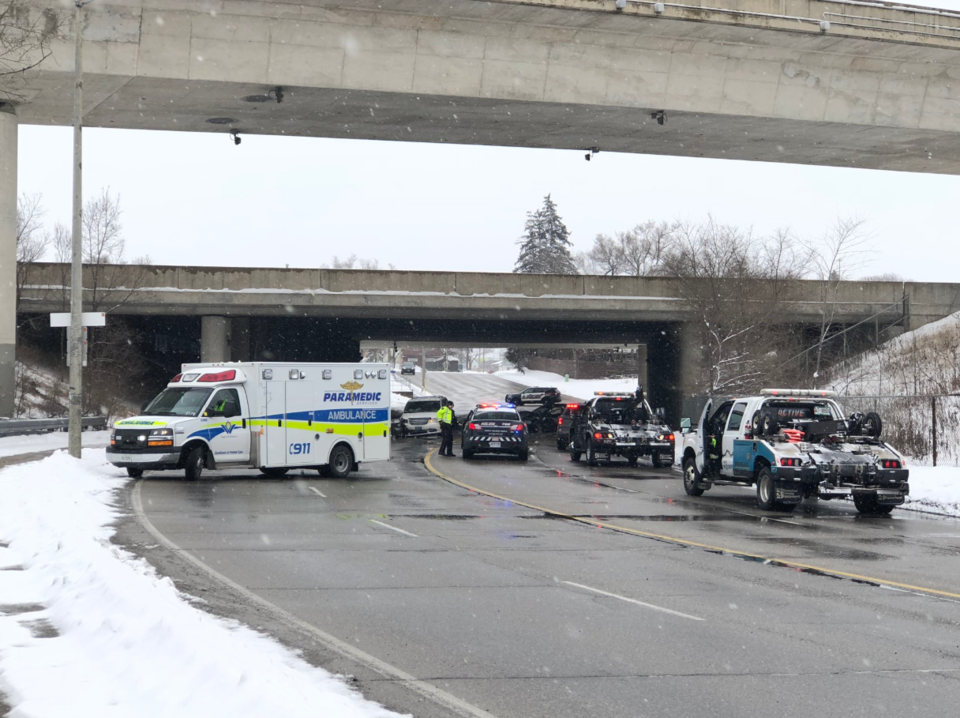 It happened on Weber Street East near Montgomery Road on Thursday shortly after 12:30 p.m.

Three vehicles were involved, and a result of the collision, three people were sent to hospital with minor injuries.

In an update Thursday evening, police confirmed a 19-year-old man has been charged with careless driving and a G1 licence violation.

Their investigation is ongoing.

Crash in Kitchener on Weber Street. At least three vehicles involved. Road is closed in both directions between Montgomery Road and Shantz Lane @570NEWS @570traffic pic.twitter.com/Ttu4gUeTx5

Dumpster fire in Cambridge being investigated as arson
Dec 2, 2020 2:33 PM