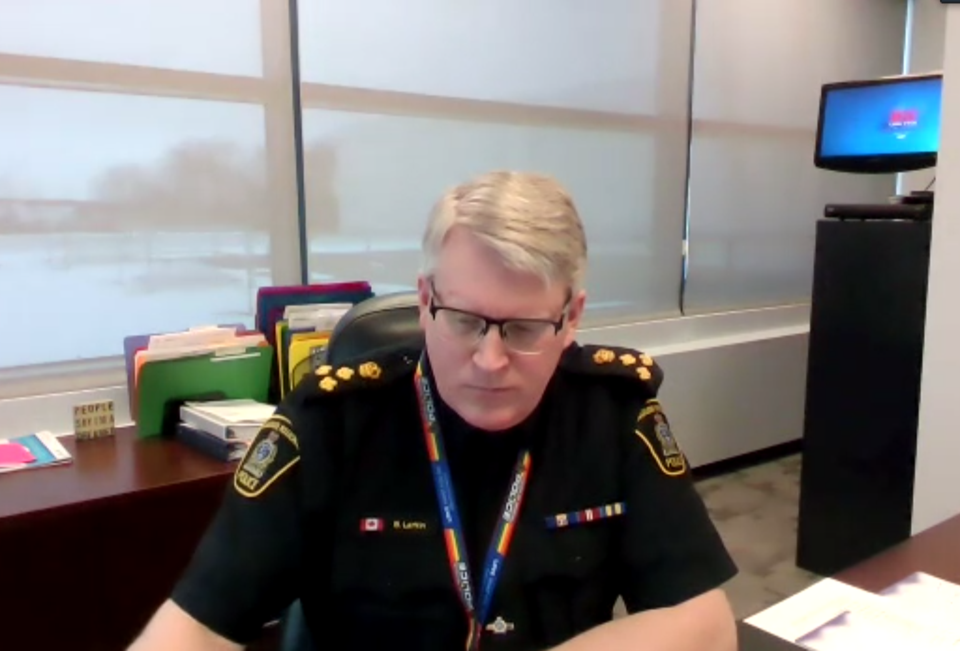 A third lockdown for Waterloo Region has weighed heavy on its residents, and frustration is building on both sides when it comes to enforcement of pandemic restrictions.

One side is calling for police to act more decisively and preemptively prevent gatherings, while the other accuses them of going against the Constitution.

In the balance that police are trying to strike, neither side is likely to be appeased, according to Waterloo Regional Police Chief Bryan Larkin.

"My office, and our service, and our Police Services Board started to receive more community requests for enforcement," Larkin told the Mike Farwell Show on 570 NEWS as he reflected on a changing dynamic of civil disobedience and enforcement during the third wave. "They felt that the four 'E's,' Engagement, Education, Explanation and Enforcement, although they supported that, they felt it should be inverse."

Larkin said the service is focusing on those who are flagrantly disobeying restrictions under the Reopening Ontario Act. Large, public and planned gatherings, however, have not been actively dispersed as police have to weigh Constitutional rights.

"What we're doing, and I assure the community, in every single one, we're gathering evidence and then we're following up with charges. And we have been laying charges, those who have been organizing events are being charged."

That has included the elders of Trinity Bible Chapel in Woolwich at different points of the pandemic. With new powers given to police in recent weeks, churchgoers at that same chapel were ticketed on their way out of the property by police's new COVID-19 Integrated Response Team.

Those four teams responded to 77 matters, both proactive and complaint-driven, in just their first week of operation. Police laid 19 charges in that time period, with a total of 46 charges being laid across Waterloo Region.

Larkin said he anticipates large conversations after the pandemic around the Charter of Rights and Freedoms, but for now, officers are doing the best they can with what they have as they enforce provincial law.