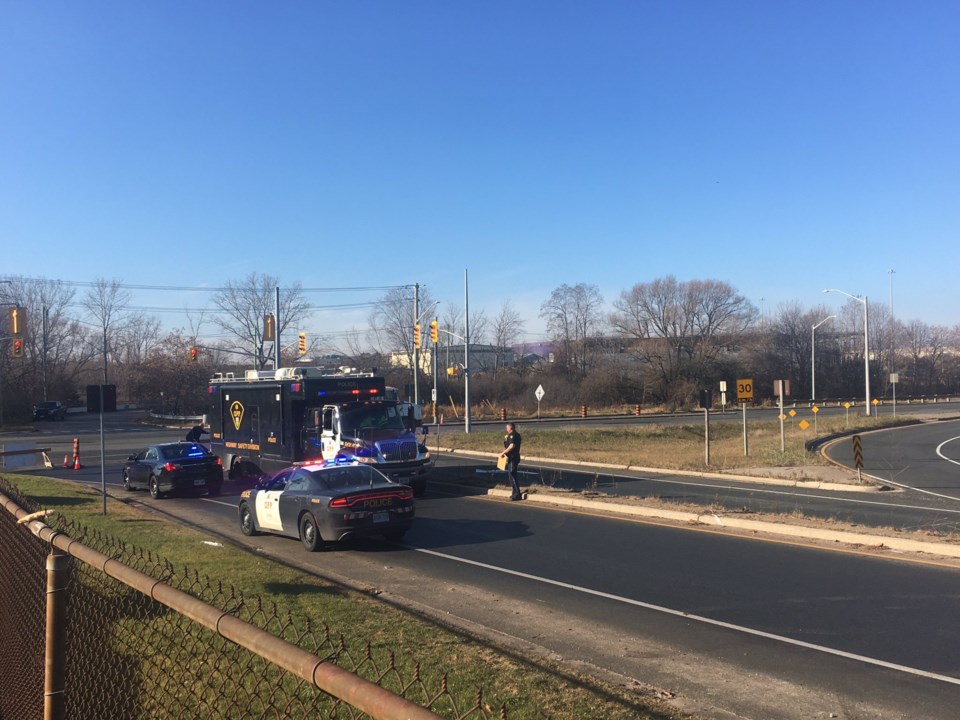 File photo of the scene on November 26, 2019. Phi Doan/KitchenerToday

Waterloo Regional Police are continuing to search for clues in the fatal shooting of Irshad Sabriye.

On Tuesday, members of the Major Crime unit will be conducting a canvass in the area of 37 Vanier Drive.

A vehicle fire, just a few hours later, has also been connected to the homicide.

That happened at an apartment on Connaught Street.

Investigators believe residents from the apartment building, which overlooks the scene of the shooting, may have information that would assist in the investigation.

Sabriye’s vehicle was seen in the area before the incident.

"As a result of the investigative process, investigators do believe that there are still people that have not spoken with us that can help solve this crime ... and help bring closure to the family of Mr. Sabriye as well as the community." Constable Andre Johnson told a media conference on Tuesday morning.

Regional police providing an update on Vanier Drive in Kitchener into their investigation of a fatal shooting of a 20-year-old man last year. More information was given to police by a resident in the apartment that overlooks where it happened @570NEWS pic.twitter.com/5S2MSc9JGE