Police still looking for suspects in May home invasion

They are also looking for info. on a light coloured GMC pick-up truck spotted leaving the scene on Mill St. in Kitchener
Jun 9, 2021 12:45 PM By: KitchenerToday Staff 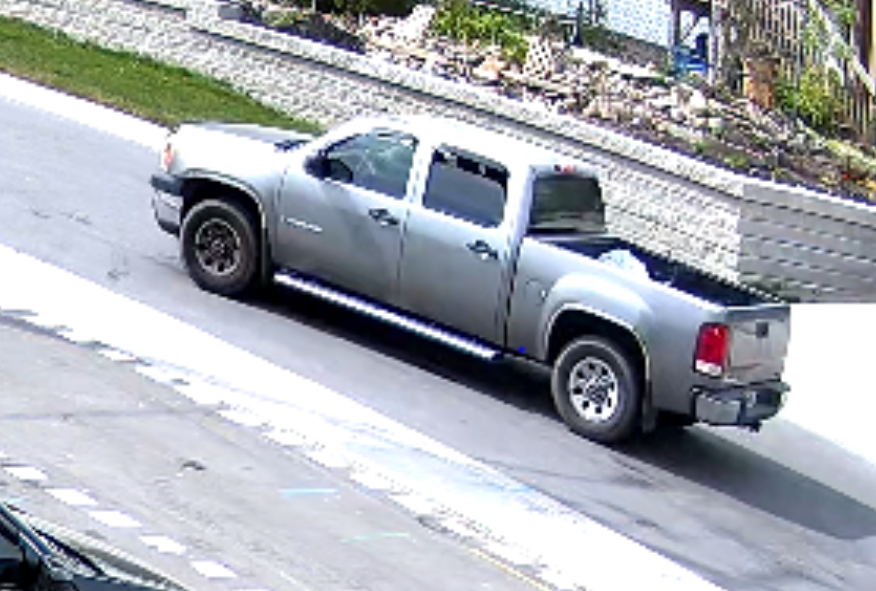 The GMC truck police are looking for information on in connection with a Kitchener home invasion on May 19, 2021Photo supplied by police

Police continue to investigate a home invasion in Kitchener.

It happened the afternoon of May 19 at a residence on Mill Street.

Police allege two males forced their way inside, and threatened the residents. The suspects stole personal property which was later recovered outside the residence.

Police are asking for the public's help in identifying a light coloured GMC pick-up truck that was seen fleeing the scene.

Suspect descriptions are as follows:

Police also believe it was a targeted incident.

Regional police investigating thefts from vehicles in Wellesley
Jun 18, 2021 8:43 AM

Two sent to hospital after four-vehicle crash near Waterloo-Wilmot border
Jun 18, 2021 6:38 AM