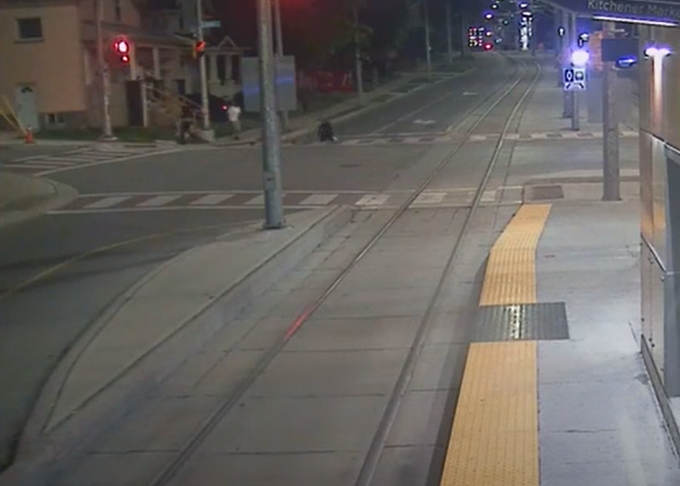 Waterloo Regional Police are continuing to investigate a shooting that occurred in Kitchener on June 7, 2020.

They released the following video footage of the incident on Wednesday.

Around 2 a.m. on June 7, a man was shot in the area of Charles Street East and Cedar Street South.

Police say a dispute broke out between two people and shots were fired.

The suspect has been described as a Black male, with a thin build and short black hair.

The victim received treatment in hospital.