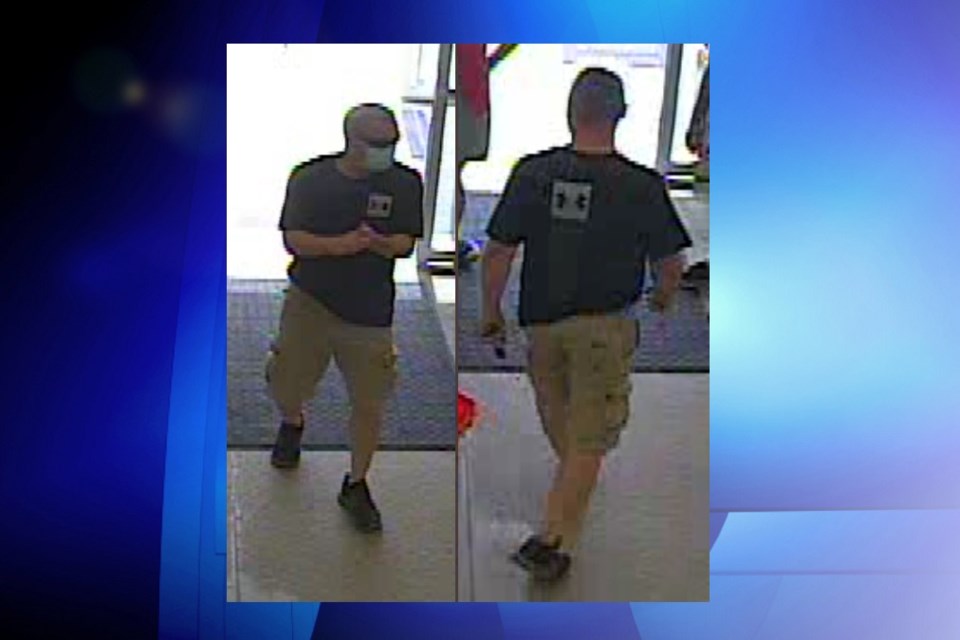 Police have released photos of a man they'd like to speak to in connection with an indecent act investigation.

The alleged incident happened on the morning of July 16 in the Farmers Market Road area of St. Jacobs.

Officers received reports that a man was exposing himself.

He is described as being white, between 30 and 40 years of age, and was wearing beige cargo shorts, a dark-coloured shirt, and black sunglasses at the time.

Anyone with information on the investigation is asked to call police or Crime Stoppers.

Looking to identify and speak with this male in connection to an indecent act.
Anyone with information is encouraged to contact police at 519-570-9777 or @WaterlooCrime https://t.co/8fb3G70T2y pic.twitter.com/vQkX0Bcxko