Police on scene of stolen vehicle investigation in Waterloo (update)

Motorists are asked to avoid the area around Parkdale Plaza
Jan 14, 2021 9:59 AM By: KitchenerToday Staff 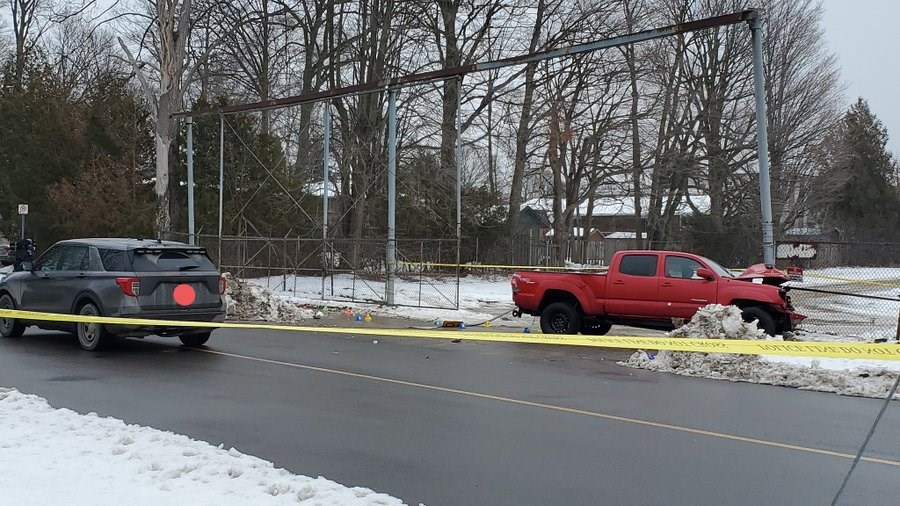 Waterloo Regional Police are asking motorists to avoid the area around the Parkdale Plaza in Waterloo on Thursday morning.

Officers with the Traffic Unit are on scene for a stolen motor vehicle investigation on Hazel Street, just east of Albert Street.

It's alleged a stolen pickup truck hit a fence post.

Officers were called to the scene at around 8:30 a.m.

Two occupants, a male and female, are in custody and were taken to hospital with serious, non-life threatening injuries.

The following roads are closed:

ROAD CLOSURE:
The following roadways are closed due to a stolen motor vehicle investigation.

The entrances/exits at Parkdale Plaza are also closed.

Avoid the area. Updates will be provided when available. pic.twitter.com/U6juOZ8zVm

A stolen vehicle investigation is ongoing in Waterloo, on Hazel Street, just east of Albert. Looks like it's this red truck involved. There are road closures in place on Hazel, from Albert to Blythwood Road. @570NEWS @570traffic pic.twitter.com/PYLkObgSva