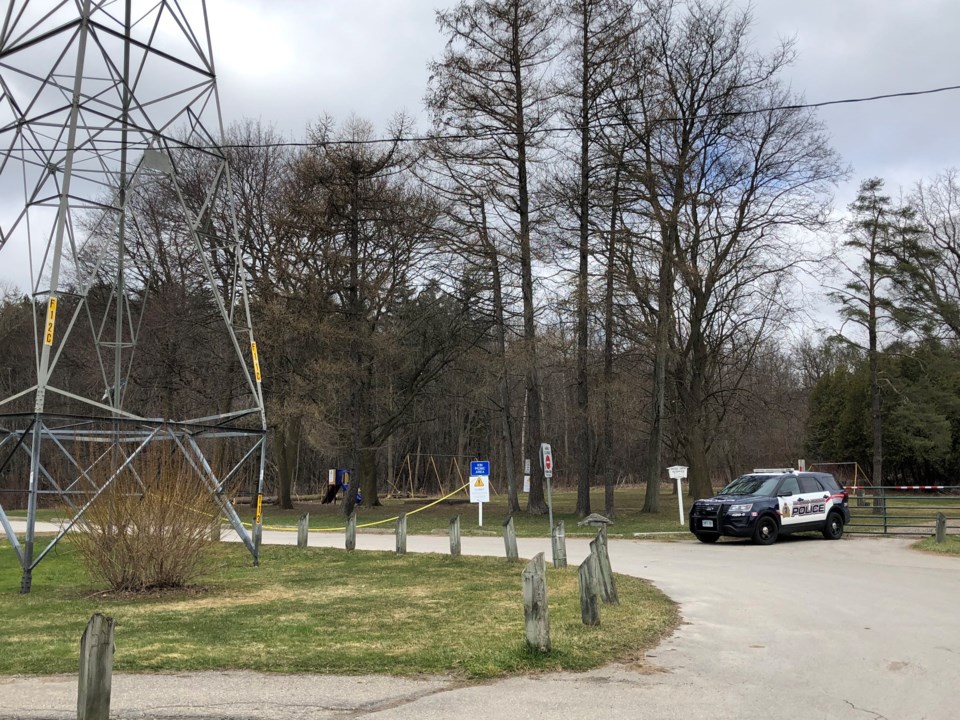 Heavy police presence will be in the Riverside Park area on Sunday and Monday. Phi Doan/KitchenerToday

According to a Tweet from Regional Police, members of the Major Crime Unit, General Detectives, along with the Office of the Chief Coroner, are continuing to investigate the remains found in Riverside Park.

Residents are being encouraged to continue avoiding the area as there will be increased police presence throughout Sunday and Monday.

Investigators along with the Office of the Chief Coroner con't to investigate found human remains near Riverside Park in Cambridge. The investigation is not deemed suspicious at this time. Increased police presence throughout the day & into Monday.
More:https://t.co/Li7cKRHFUa pic.twitter.com/xG4om6PdeF