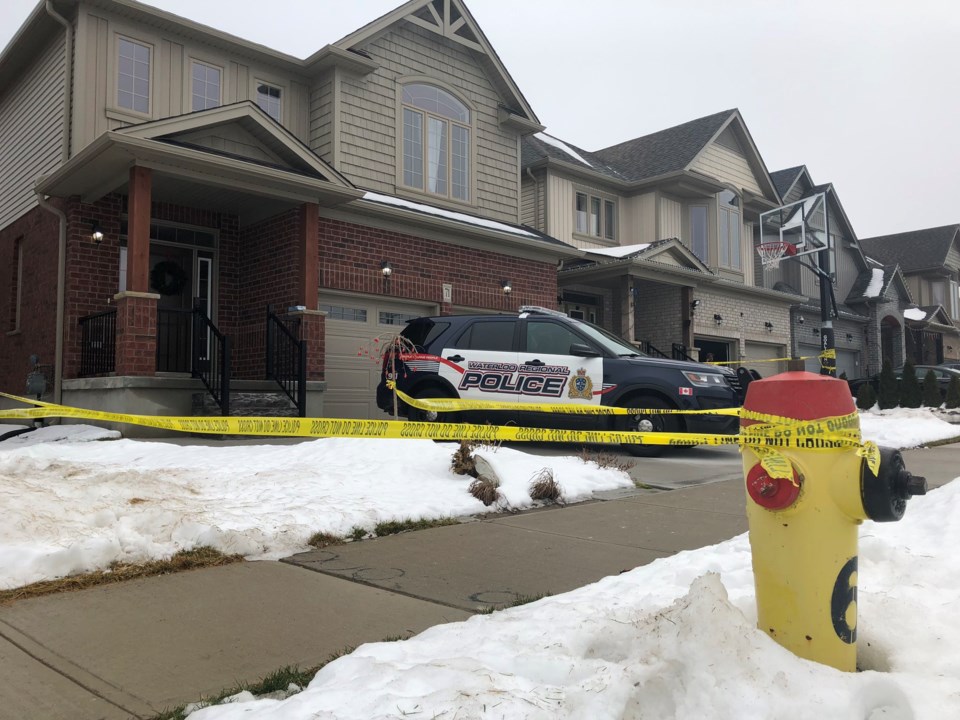 This residence on Marianne Dorn Trail has been taped off by regional police. Phi Doan/KitchenerToday

Police responded to a residence on Marianne Dorn Trail in Kitchener at approximately 6:50 p.m., after receiving a 911 call concerning an injured male.

Upon arrival, police located a 48-year-old male with serious injuries. The male was pronounced deceased at the scene.

A 77-year-old male has been arrested in connection to this incident.

The suspect and accused are known to each other and there is no concern for public safety.

A post-mortem examination is scheduled to take place this week to determine the cause of death.

There will be an increased police presence in the area as members of our Major Crime Unit, Forensic Identification Unit, and General Detectives continue to investigate.

The investigation is isolated to this one residential house on Marianne Dorn Trail in Kitchener. A post-mortem examination is set for this upcoming week @570NEWS pic.twitter.com/iP9UKnOL7r