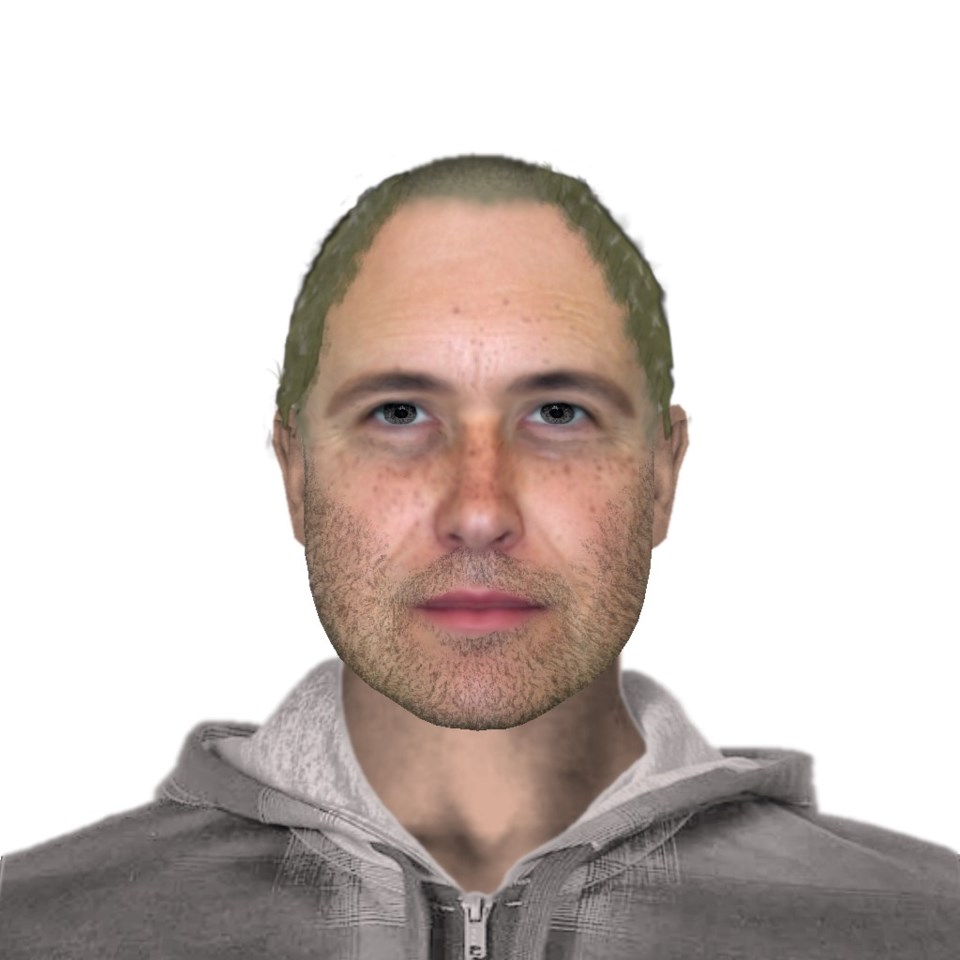 Waterloo Regional Police have released the following composite sketch of a man they're looking for in connection with an incident at Conestoga Mall in Waterloo.

They say around 4 p.m. on October 26, a young female was sitting outside of the washrooms (located near the food court), when she was approached by an unknown man.

Police allege the suspect made inappropriate comments and tried to solicit her.

He has been described as white with a pale complexion, approximately 45-years-old, around 5 '7", with facial stubble and some facial freckling that made him appear slightly dirty.

His hair is brownish-blonde hair, with some grey which was thin/partially bald on the top and messier at the sides.

At the time, he was wearing a light grey hooded sweater, with a zip and pocket in the front with thin drawstrings.