It happened early Thursday morning in Kitchener
Jul 23, 2020 11:35 AM By: KitchenerToday Staff 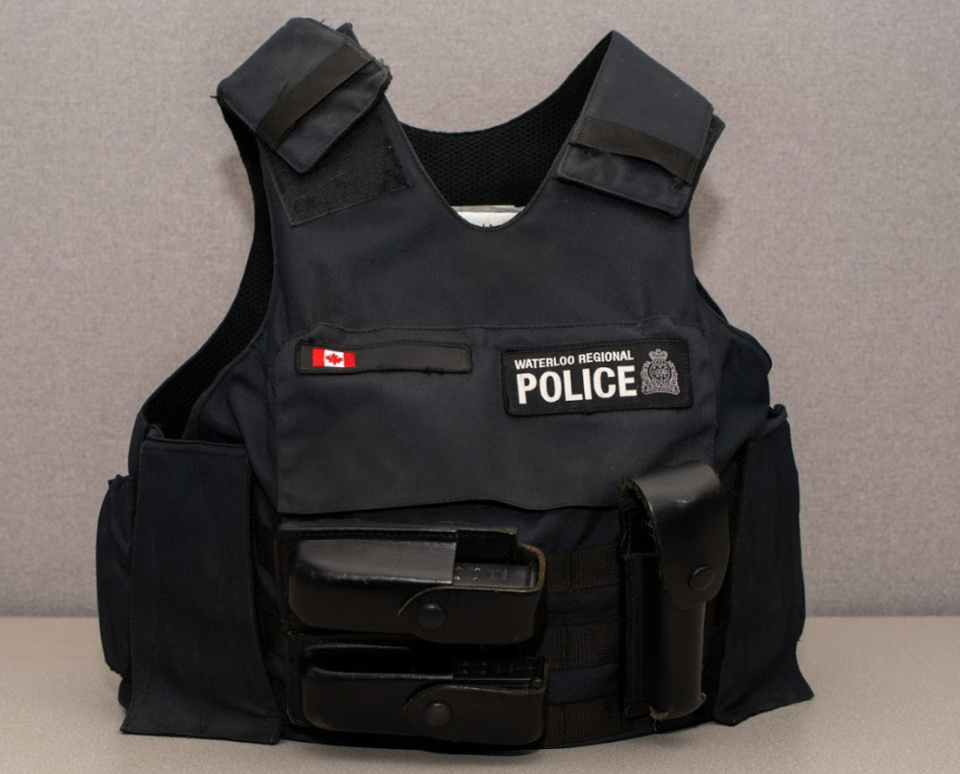 A police vest similar to the one that was stolen (Photo: Waterloo Regional Police)

Waterloo Regional Police are on the hunt for a ballistic vest that belongs to the service.

It was stolen from a vehicle, sometime overnight, in the Stanley Park area of Kitchener.

Police say the vest contains two magazines with 30 rounds of ammunition, handcuffs, a flashlight and a tourniquet.

A mountain bike (red, black and white) was also stolen from the vehicle.

Police also say if you have concerns about someone using police issued equipment improperly, you should ask for further identification or contact police dispatch at 911 to confirm the identity and presence of an officer at your location.

On Thursday afternoon, police also announced they have launched an internal investigation into the matter.