Regional Police were called to an alleged robbery at the Marble Slab Creamery in Waterloo Sunday night
Oct 5, 2020 7:30 AM By: Mark Pare 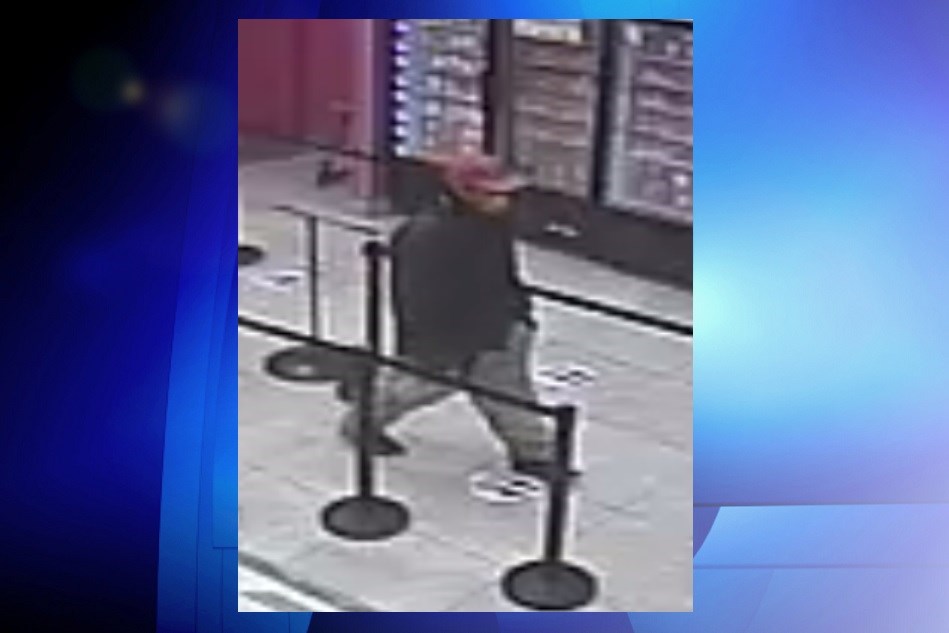 Photo issued by the Waterloo Regional Police Service on October 7, 2020, in connection with an attempted robbery on October 4. (WRPS)

It was a robbery that didn't go according to plan.

Regional Police were called to the Marble Slab Creamery on University Avenue West in Waterloo Sunday night around 9:30 p.m.

Police say an unknown suspect went into the store and demanded money, while also threatening that he had a weapon.

No weapon was seen, and police say the suspect left the store empty-handed.

He was wearing grey pants, a black jacket, a red hat and a Canada flag bandana as a mask.

You're asked to call police or Crime Stoppers if you have any information.