Death of infant in Kitchener being investigated as a homicide (update) 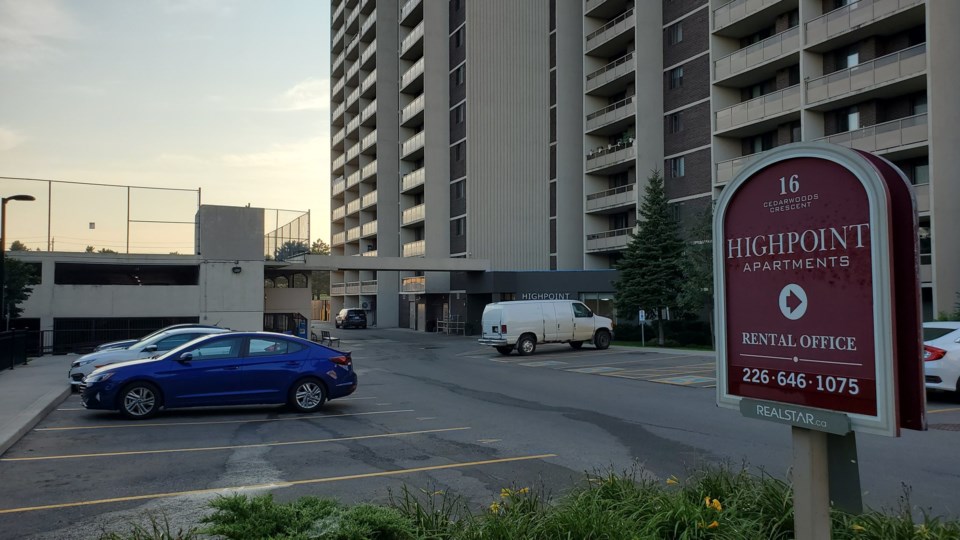 A single police vehicle remains at the apartment on Cedarwoods Cres. where the eight-month-old boy was found dead (Aug. 10, 2020). Mark Pare/KitchenerToday

Waterloo Regional Police have released more information about the homicide of an eight-month-old boy in Kitchener.

The boy was found in an apartment on Cedarwoods Crescent on Sunday afternoon.

A 26-year-old woman was arrested and is charged with second degree murder. She has been identified as the boy's mother.

Police also say they're not looking for any more suspects.

Officers will be in the area of Fairway Road South and Wilson Avenue on Monday to speak with potential witnesses, as well as gather video evidence.

Police had originally responded to a medical incident in that area, which led to them conducting a wellness check on Cedarwoods, where the victim was found.