Cyclist charged in connection with latest crash involving an ION

The collision happened November 8 on Ottawa St. in Kitchener
Nov 19, 2019 10:29 AM By: KitchenerToday Staff 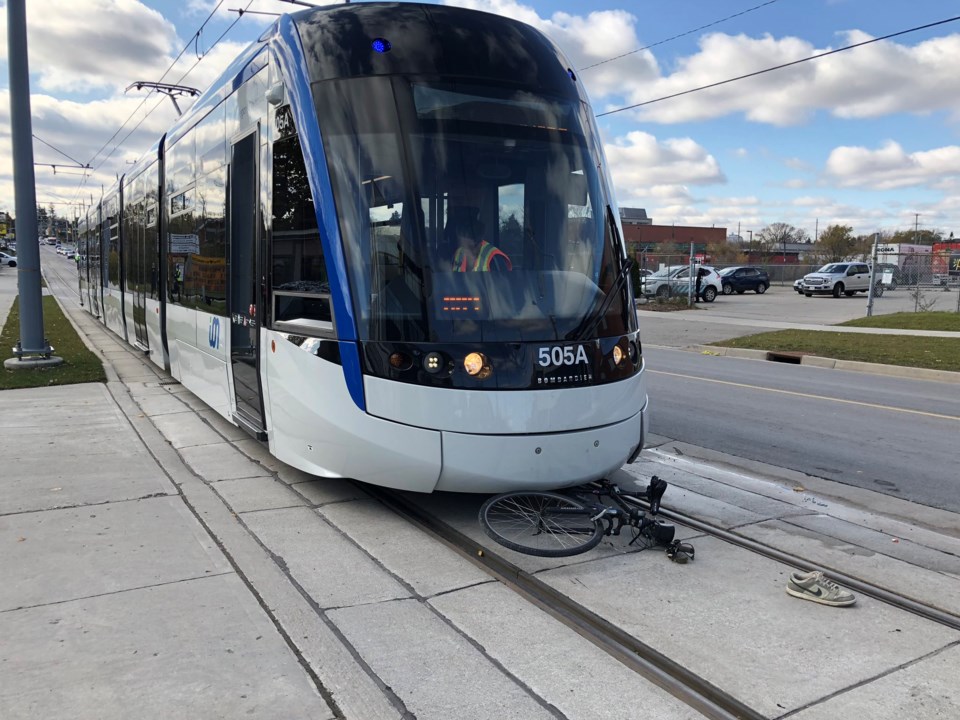 A cyclist is now facing a charge of careless driving in connection with a collision involving an ION in Kitchener.

The crash happened the afternoon of November 8 on Ottawa Street South, near Courtland Avenue.

Police say a man was riding his bike when he allegedly turned in front of the train.

A 62-year-old man from Kitchener was taken to hospital with non-life threatening injuries.

The man's name has not been released by police.

The road was closed for over two hours while police conducted their investigation.