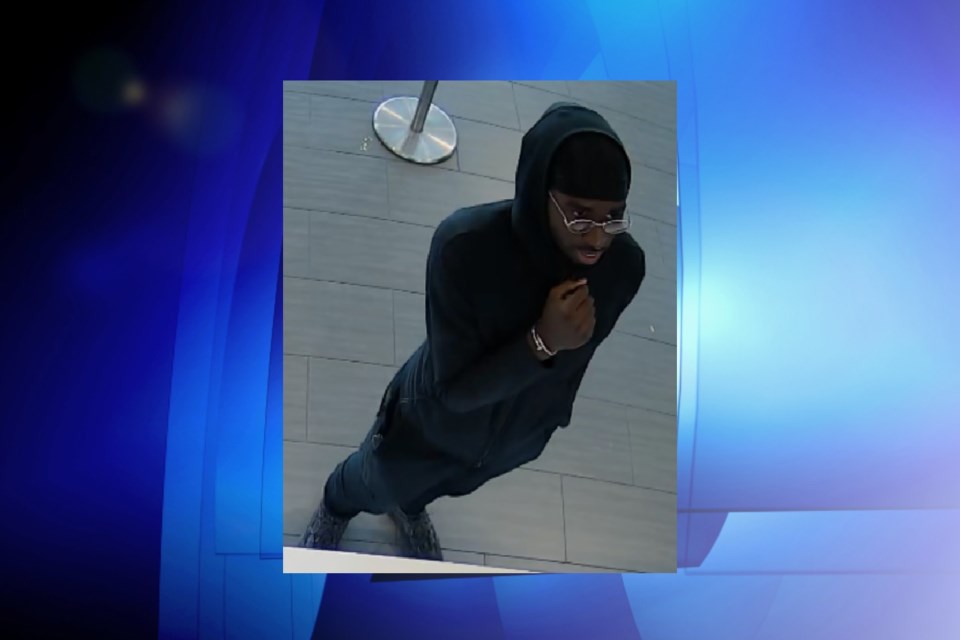 On October 4, 2019, Waterloo Regional Police responded to a movie theatre, located on Gateway Park Drive in Kitchener, for a report of property damage.

At approximately 12:50 p.m., a male entered the theatre, which was playing the film Sye Raa Narasimha Reddy. The film’s original language was Hindu with English subtitles, but this theatre offered the film in an overdubbed Telugu language. While in the theatre, the male used a knife to damage the screen and proceeded to spray the audience with bear spray.  The suspect then fled the area at approximately 1:07 p.m.

Through investigation, police learned that a movie theatre on Consumers Drive in Whitby, had a similar incident occur on the same day. At approximately 3:20 p.m., a male entered a theatre showing the same film offered in a Telugu overdub instead of playing it in Hindu.

The third incident occurred just before midnight when a male entered a theatre on York Boulevard in Richmond Hill and cut the screen.

Investigators believe the same male is responsible for all three incidents. Police are looking to identify and speak with the male captured in these images in connection to the investigation. The suspect has been described as male, approximately 25-30 years old, with a thin build and black beard. He was wearing gold-rimmed eyeglasses, black track pants, black hoodie, and light grey shoes.