It happened shortly after 5:30 at Homer Watson and Conestoga College Boulevard
Nov 19, 2019 11:05 AM By: KitchenerToday Staff 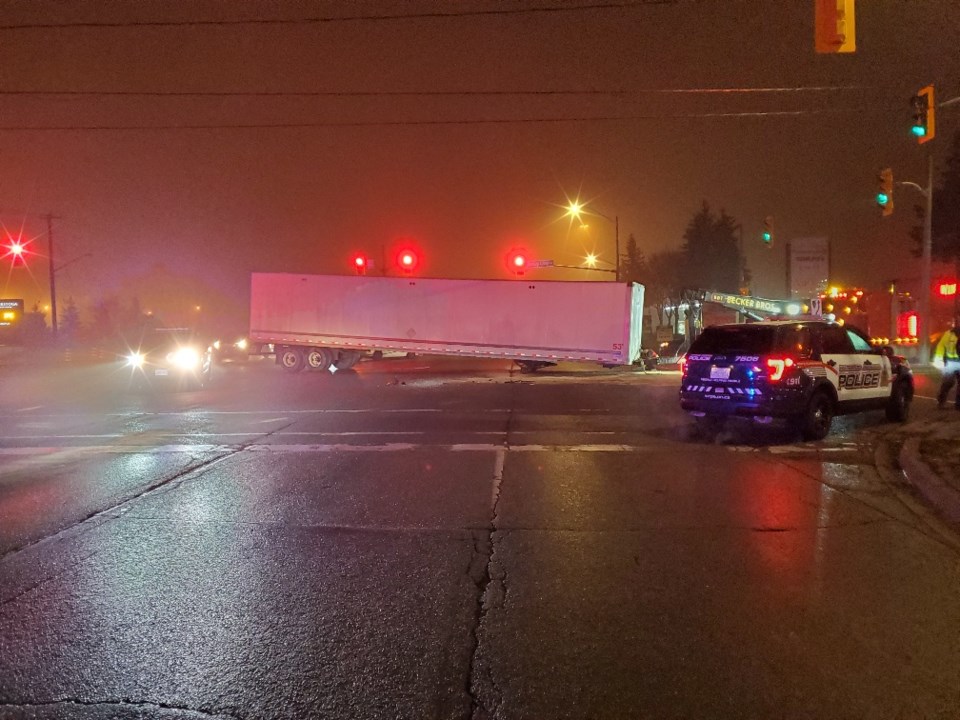 A man from Oshawa is facing a charge in connection with a crash in Kitchener on Tuesday morning.

The collision, involving two tractor trailers, happened shortly after 5:30 at the intersection of Homer Watson Boulevard and Conestoga College Boulevard in Kitchener.

Police allege one of the trucks hit the other, which was making a left turn.

One of the trailers then dislodged, blocking all of the southbound lanes on Homer Watson.

No one was hurt.

A 26-year-old has now been charged with making an improper turn.

The intersection was also closed for several hours while police conducted their investigation.

Anyone who witnessed the collision is asked to call the traffic unit at Waterloo Regional Police.