WHITEHORSE — Members of the Yukon Liberals were sworn in Friday as the party's former health minister launched a legal challenge after losing her seat.
Apr 23, 2021 5:41 PM By: Canadian Press 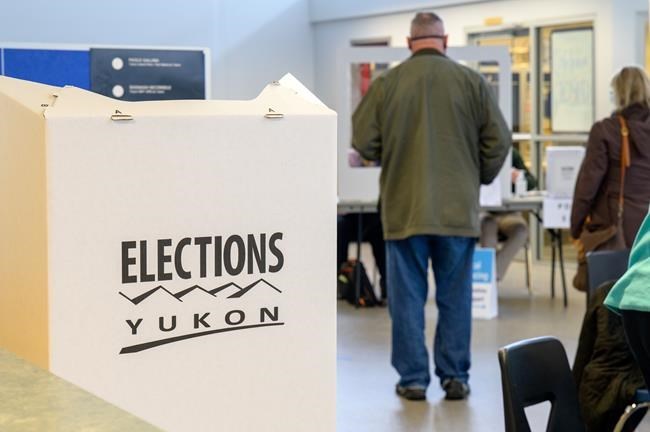 WHITEHORSE — Members of the Yukon Liberals were sworn in Friday as the party's former health minister launched a legal challenge after losing her seat.

The election finished with the incumbent Liberals and the Yukon Party tied at eight seats, and the New Democrats winning three, leaving all the parties short of the 10 seats needed for a majority.

Winning candidates from the New Democrats and Yukon Party have already been sworn in.

Meanwhile, the Liberal party's former health minister filed a petition in Yukon Supreme Court on Thursday to declare the results in the riding of Vuntut Gwitchin as invalid.

Pauline Frost finished in a tie with her NDP opponent Annie Blake in the riding before Blake was chosen as the winner after the drawing of lots.

The petition alleges that two voters in the riding were ineligible to cast ballots.

Liberal party president Emily Farrell said the challenge is to protect the integrity of Yukon's elections.

"Yukoners should have confidence in the system and the process that supports elections. When that system is questioned, proper process must be followed," she said in a statement.

Asked to respond to the petition on Friday, NDP chief of staff Francois Picard said the party is focused on moving forward and supporting Blake.

"It’s disappointing that the former Liberal MLA and her party can’t accept she lost the election and are trying to overturn a fair and democratic process," he said.

The legal challenge comes as the Liberals work to form a minority government.

Yukon Party Leader Currie Dixon said Thursday that a lack of communication from Liberal Leader Sandy Silver led him to conclude the party is trying to form a government with support from the NDP.

Dixon acknowledged the Liberals get the first attempt to form a government, but he questioned the delay in announcing their plans.

"My message to (Silver) today and the Liberal party today is get on with it, because Yukoners are looking for government and leadership," he said in an interview.

Earlier this week, Silver said he plans to swear in a cabinet and test the confidence of the legislature with a throne speech and one or more budget bills.'

— With files from CKRW.

This report by The Canadian Press was first published April 23, 2021.

Black man's jaywalking ticket in Halifax was racial discrimination: rights board
May 5, 2021 5:21 PM