OTTAWA — Prime Minister Justin Trudeau will sit down with provincial and territorial leaders on March 13 to wrestle with some of the thorny issues that are dividing the nation.
Feb 27, 2020 4:09 PM By: Canadian Press 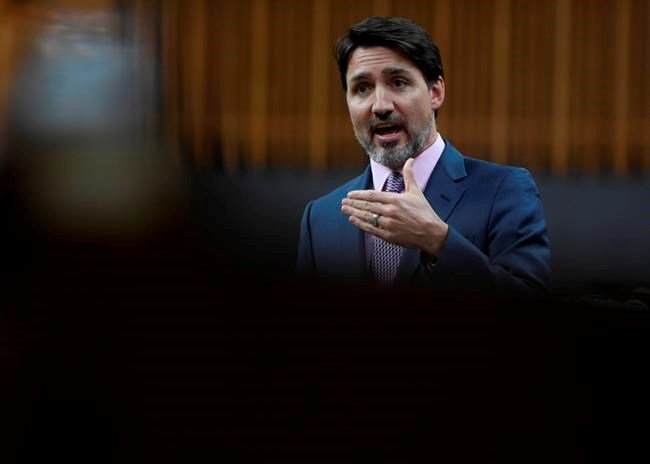 OTTAWA — Prime Minister Justin Trudeau will sit down with provincial and territorial leaders on March 13 to wrestle with some of the thorny issues that are dividing the nation.

The first ministers' meeting, to be held in Ottawa, is to cover climate change, the economy, sustainable development of natural resources, health care, infrastructure and equalization and other federal transfer payments to the provinces.

First ministers will meet leaders of the Assembly of First Nations, the Inuit Tapiriit Kanatami and the Metis National Council the day before.

The announcement of the meetings came Thursday as the Trudeau government continued struggling to balance the often competing demands of environmental concerns, resource development and reconciliation with Indigenous Peoples.

The Liberals are being blamed in some quarters for Teck Resources Ltd.'s decision earlier this week to back out of a new oilsands project in Alberta, citing uncertainty over climate policy.

The government is also taking heat for protests that continue to disrupt train service across the country in support of Wet'suwet'en hereditary chiefs who are fighting a natural gas pipeline across their territory in northern British Columbia.

Those events have heightened tensions between the federal Liberal government and conservative premiers Jason Kenney and Scott Moe in Alberta and Saskatchewan, Canada's oil and gas producing heartland.

And they've sparked concern that Canada's economy could be headed into a tailspin.

Kenney and Moe maintain federal environmental policies are destroying their provinces' economies and are demanding a fairer deal in Confederation.

Among other things, they have demanded an overhaul of the equalization program under which the federal government transfers money to have-not provinces to allow them to provide comparable services at comparable tax rates as richer provinces.

This will be the sixth first ministers' meeting Trudeau has hosted since becoming prime minister in 2015.

"Canadians have been clear about the importance of working together to address the issues that matter most to them," Trudeau said in a statement.

"With co-operation, we can create new opportunities for all Canadians and continue to build a country that works for everyone."