Saskatchewan premier says coronavirus not a factor in election call

REGINA — Saskatchewan Premier Scott Moe says he made a mistake when he gave the novel coronavirus outbreak as a reason why he's not committed to a provincial election in October.
Mar 2, 2020 6:31 PM By: Canadian Press 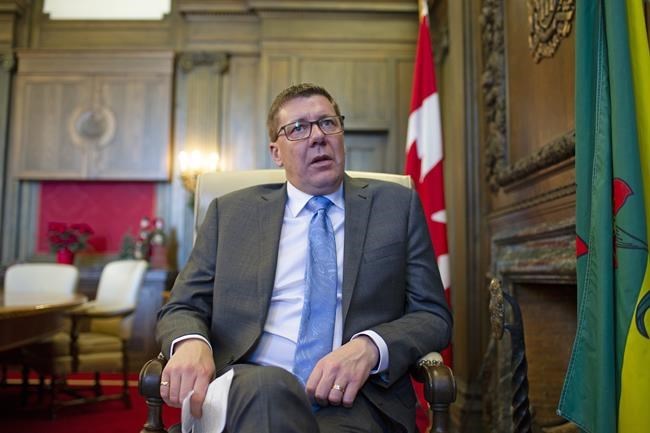 REGINA — Saskatchewan Premier Scott Moe says he made a mistake when he gave the novel coronavirus outbreak as a reason why he's not committed to a provincial election in October.

Moe said Friday that unrest caused by rail blockades and the spread of COVID-19 were affecting the economy and he had the right to call an early vote.

There are no confirmed cases of the disease in Saskatchewan.

"I don’t think it really impacts the (election) decision to any degree. And I mentioned it in error because it is so top of mind for so many now," Moe said Monday.

The premier said he hasn't decided if he'll move away from the Oct. 26 election date.

He added different factors are being discussed such as an upcoming Supreme Court hearing of the province's carbon tax challenge and Saskatchewan's trade presence in international markets.

This spring marks four years since the Saskatchewan Party won the 2016 election.

“We continue to plan for Oct. 26. But in saying that, we could call it early."

Talk of a spring election marked the opening of the spring sitting of the legislature as well.

Opposition NDP Leader Ryan Meili pressed Moe on when voters will go to the polls and accused him of playing political games by not providing a straight answer.

The Saskatchewan Party has six candidates left to nominate out of 61, while the NDP had only nominated 30 as of the weekend.

"Certainly, as you see the premier floating these ideas, you make some contingency plans," Meili said of a possible early election.

"Despite this government having introduced election laws ... it's not a government you can trust to follow their own laws."

A Saskatchewan Party ad attacking Meili, saying he's "not on our side" on issues such as the federal carbon tax, began running recently.

This report by The Canadian Press was first published March 2, 2020