OTTAWA — The partial closure of Canada's border with the United States is being extended another month, to Oct. 21, both countries announced Friday.
Sep 18, 2020 11:56 AM By: Canadian Press 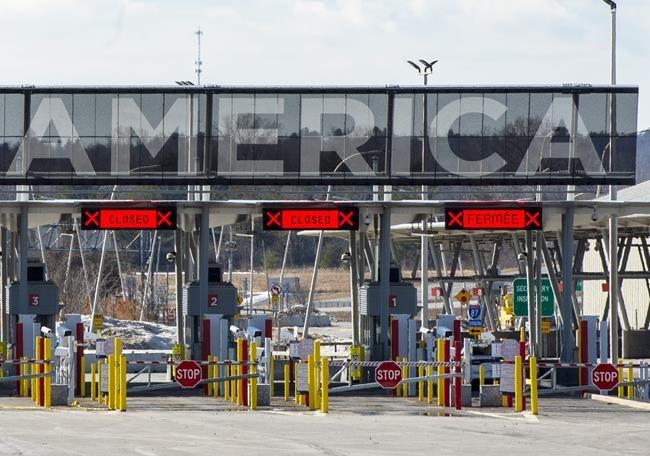 OTTAWA — The partial closure of Canada's border with the United States is being extended another month, to Oct. 21, both countries announced Friday.

Crossings of the border have been largely restricted to trade goods, essential workers and citizens returning home since March, in an attempt to limit the spread of COVID-19.

"We will continue to base our decisions on the best public health advice available to keep Canadians safe," Blair wrote.

The pandemic has raged in the United States throughout the spring and summer, and cases in Canada have recently started rising again as well.

At the same time, leaders in border communities have asked federal authorities to loosen restrictions slightly to allow people with links on both sides to live more normally.

The Conservatives called Friday for Blair to allow more compassionate exemptions to the closure, such as for people who are engaged to be married or where loved ones are seriously ill.

“We are calling on the Trudeau government to take a compassionate approach to resolve situations where families remain separated, while ensuring the health and safety of Canadians," public safety critic Shannon Stubbs said.

"No one should have to guess whether they will be allowed across the border to be with family. The government must be clear about who can travel across the border, and in what circumstances."

This report by The Canadian Press was first published Sept. 18, 2020.

Canadian class-action suit against Facebook alleges misuse of personal information
Oct 28, 2020 4:00 AM
Comments
We welcome your feedback and encourage you to share your thoughts. We ask that you be respectful of others and their points of view, refrain from personal attacks and stay on topic. To learn about our commenting policies and how we moderate, please read our Community Guidelines.