TORONTO — A contentious requirement that would-be liver transplant recipients stay away from alcohol for six months could be scrapped, according to a new recommendation before the agency that runs Ontario's organ transplant system.
Oct 28, 2020 3:36 PM By: Canadian Press 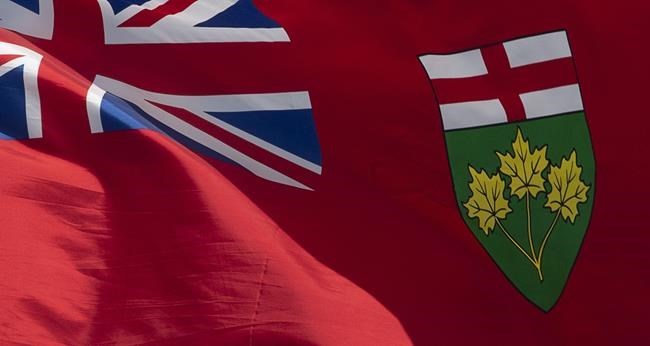 TORONTO — A contentious requirement that would-be liver transplant recipients stay away from alcohol for six months could be scrapped, according to a new recommendation before the agency that runs Ontario's organ transplant system.

In a letter announcing the proposed change, a lawyer for the Trillium Gift of Life Network said the recommendation comes from a committee overseeing a still-running three-year pilot project.

The recommendation, which comes amid two lawsuits challenging the constitutionality of the six-month abstinence rule, is subject to further levels of approval but appears likely to be adopted in mid-November, the letter states.

"As such, the constitutionality of the six-month abstinence requirement as currently drafted in the listing criteria may become moot," the letter states.

According to draft eligibility criteria now under consideration, patients with alcohol-associated liver disease — ALD — could be considered for liver transplantation.

"These patients must be carefully assessed for higher risk of return to problematic alcohol use to help ensure optimal outcomes in addition to meeting standard transplant listing and contraindication criteria," according to the draft.

While the proposal has yet to be adopted, a lawyer for the mother of a now deceased man called the recommendation to do away with the mandatory six-month abstinence a huge and welcome step.

"This is a super-positive development," Alyssa Tomkins said. "All that this is doing is really bringing Ontario into line with other provinces."

The Trillium Gift of Life Network, which rations scarce organs from dead donors based on need, has not generally allowed people with livers damaged by alcohol to receive transplants unless they had been dry for at least six months. The criterion does not apply to transplants from living donors.

Nevertheless, the University Health Network, the only hospital that does live-donor transplants, refused to do the surgery on Mark Williams, who died in May last year.

Tomkins said it was not yet clear what impact the change and proposed criteria might have on the ongoing constitutional challenge to the pilot project and the six-month abstinence rule.

Debra Selkirk, whose husband Mark Selkirk died in 2010 before receiving a new liver, challenged the constitutional validity of the policy as a violation of the right to life and equality. Selkirk's estate further argued he was subject to cruel and unusual treatment.

Selkirk said she was unimpressed by the latest developments, saying the proposal to end the six-month waiting period appeared to be an excuse to dismiss or delay the constitutional fight.

"The wait is 'ending' but the discrimination continues," Selkirk said on Wednesday. "I will not stop fighting until ALD patients are assessed like everyone else, without targeting their disease as an excuse to reject them."